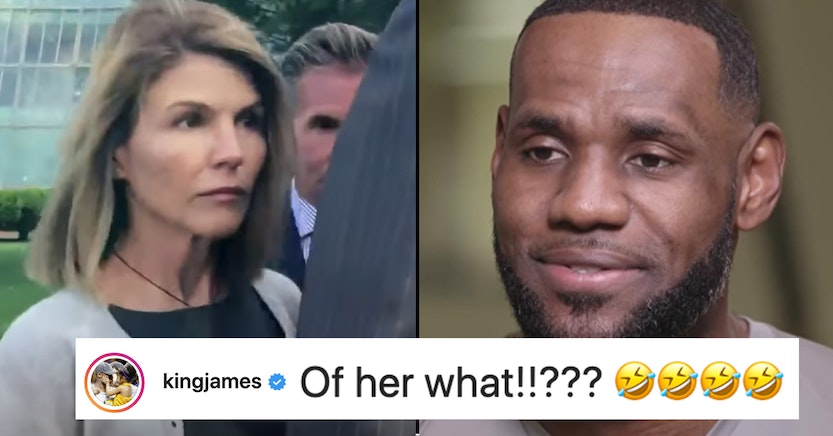 Actress Lori Loughlin was sentenced to two months prison time in August for her part in an admissions scandal around her kid’s acceptance into college. In addition, US Magazine reports she’ll have two years of supervised release afterward, plus 100 hours of community service and a $150,000 fine. That might seem like a lot, but it’s nothing compared to what millions of Americans go through for far pettier crimes.

Unlike almost everyone else given a prison sentence, Loughlin was allowed to choose the facility she’ll be serving her time in. She’s chosen a medium-security prison close to her California home, a campus called FCI Victorville. She already has a registered number assigned to her, though the Bureau of Prisons technically has to sign off on her “choice.”

There are a lot of people who not happy about the relative leniency of Loughlin’s punishment—not because they want her to be punished more, but because it’s so ridiculous that a rich white woman would get such special treatment. One person to comment on the subject was NBA star LeBron James.

He posted a screenshot of a headline that read, “Lori Loughlin Will get to Serve Her Two-Month Sentence at the Prison of Her Choice.”

Of her what!!??? 🤣🤣🤣🤣🤣. I’m laughing cause sometimes you have to just to stop from crying! 🤦🏾‍♂️. Don’t make no da*n sense to me. We just want the same treatment if committed of same crime that’s all. Is that asking for to much??? Let me guess, it is huh. Yeah I know!! We’ll just keep pushing forward and not expecting the handouts! STRONG, BLACK & POWERFUL!

A lot of celebs jumped in to comment on the situation, saying how Loughlin’s white privilege was protecting her to an absurd degree:

I completely agree that white privilege is protecting Loughlin and allowing her access to autonomy, care, and sensitivity that wouldn’t be offered to a Black woman in her exact same position, and which definitely isn’t being offered to so, so many others without her wealth and name recognition. But I don’t think that letting everyone choose what prison they get to go to is justice: ending the prison industrial complex and racist policing is much closer.