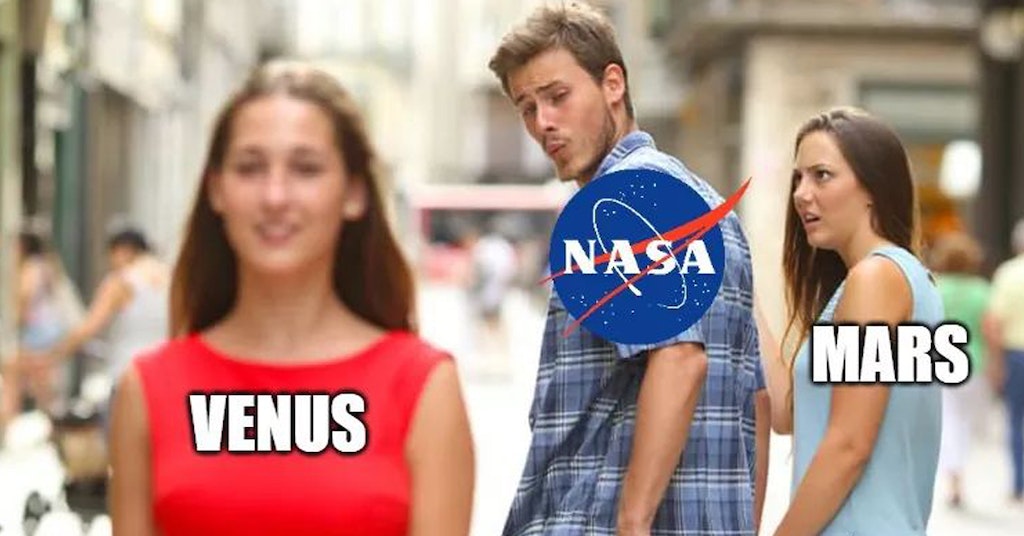 25 Of The Funniest Memes & Tweets About Possible Life On Venus


Life on Mars? That is so pre-2020. On Monday, a group of scientists announced that they detected phosphine gas on Venus that could have been produced by living organisms. The highly acidic planet has long been dismissed as a place that couldn’t possibly sustain life, and it most likely can’t on the surface. However, it’s possible that microbes in the planet’s atmosphere are creating this gas.

"We have detected a rare gas called phosphine in the atmosphere of our neighbor planet Venus," reported Professor Jane Greaves of Cardiff University. "And the reason for our excitement is that phosphine gas on Earth is made by microorganisms that live in oxygen-free environments. And so there is a chance that we have detected some kind of living organism in the clouds of Venus."

The astronomers who made the discovery made sure to caution the public that there is only a small possibility of life on Venus. They are not certain what causes the phosphine gas to appear, but they cannot yet rule out the idea that it was caused by living organisms.

Either way, the public is always excited to hear about the possibility of alien life, and even more so when it comes from unexpected sources. The result of this news from Venus? Big meme time.

Here are our 25 favorites: