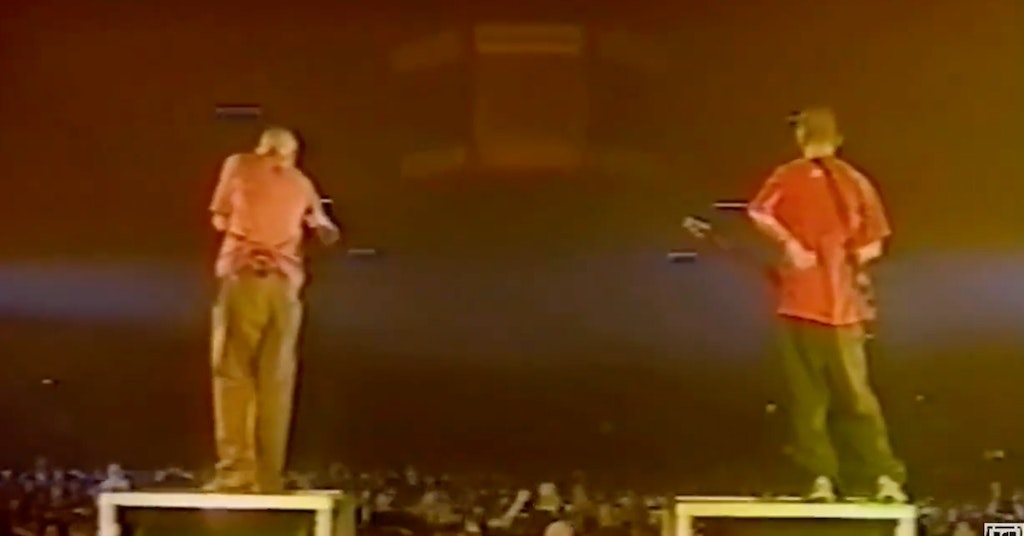 Following the catastrophic events that unfolded during Astroworld Festival in Houston, Texas, on Friday, people are calling out times in the past bands have halted shows to ensure fan safety — including an incident that happened at a Linkin Park concert when Chester Bennington was still alive.

So far, it sounds as if there’s plenty of blame to go around for the way safety broke down at the festival throughout the course of the day. But much of the ire is being aimed at Travis Scott, who helped organize the festival and was performing when the crowd surge that left eight dead occurred.

This has led to conversations surrounding what’s appropriate for performers to do in a situation like this as well as what’s expected of fans to prevent things from ever getting that far.

And these conversations have in turn led to people sharing videos of various artists stopping concerts when it seemed as if someone was in danger.

One particular video of Linkin Park, whose concerts predictably always had some serious mosh pits going on, is being held up as an example of exactly how things should go.

“Hold up!” Mike Shinoda yells, cutting the music. He and Bennington look out into the crowd, saw someone in trouble, and tell the people around him to pick him up. “We gotta look out for safety first, for real.”

“We know we been stressing all night about being cool, and this is the reason why,” Bennington tells the concertgoers. “Let’s go over it one more time: When someone falls, what do you do?”

“Pick them up!” the crowd responds in unison.

It wasn’t the only time Linkin Park stopped a show for safety, and Linkin Park is far from the only band that has seen something going wrong in the crowd and made sure everything turned out okay. And all the stories about proper mosh pit etiquette and bands that make sure their fans respect that that have been coming out following the Astroworld tragedy unfortunately serve as examples of how this all could have gone differently.