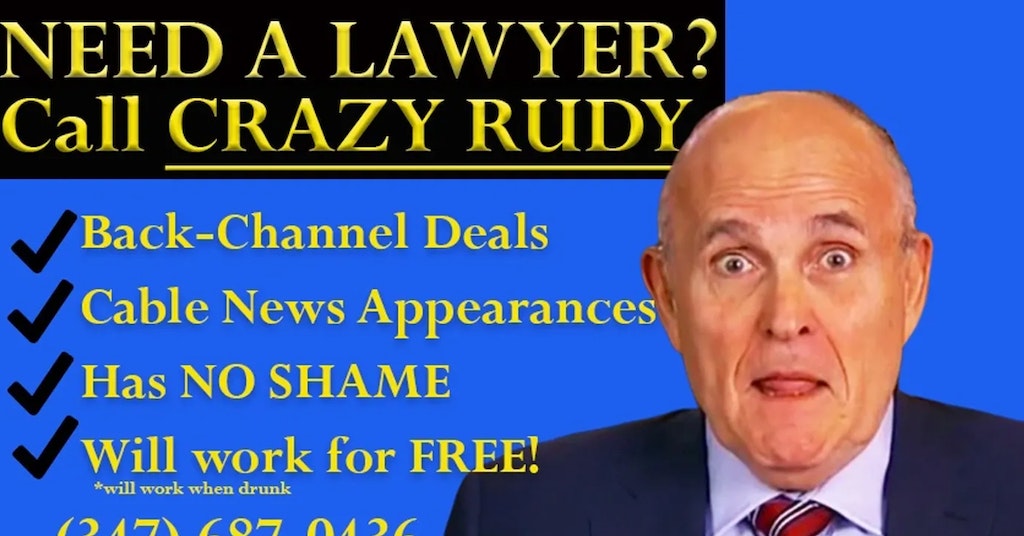 Anyone who rides the New York City subways knows it can be an excellent place for pop-up, guerilla art.

The most recent example? A fake ad for “Crazy Rudy” aka Rudulph Giuliani, Attorney at Law. 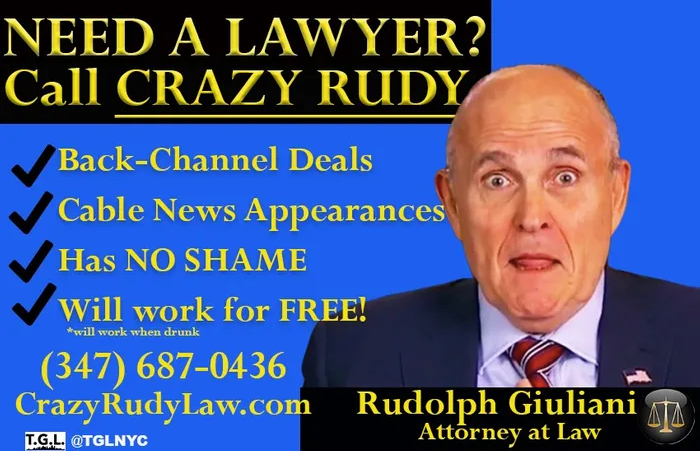 Accompanying a photograph of Giuliani in which he looks like the Heaven’s Gate guy, the fake advertisement lists Crazy Rudy’s services and qualifications: “Back-Channel Deals, Cable News Appearances, Has NO SHAME, Will Work for FREE! (*will work when drunk)”

Quite frankly, I’m going to ride the subway all night until I find this staggering work of genius.

Whoever is putting these up in the subways is my HERO.

There is also a website you can visit: www.CrazyRudyLaw.com. Here’s what you’ll find:

“Need a deal with foreign governments, but prefer not to go through government channels? I’m your man,” says the website.

“I will appear on all cable news networks on behalf of my clients. I promise that each appearance will be three things: unhinged, combative and fun.” Check out his hours! 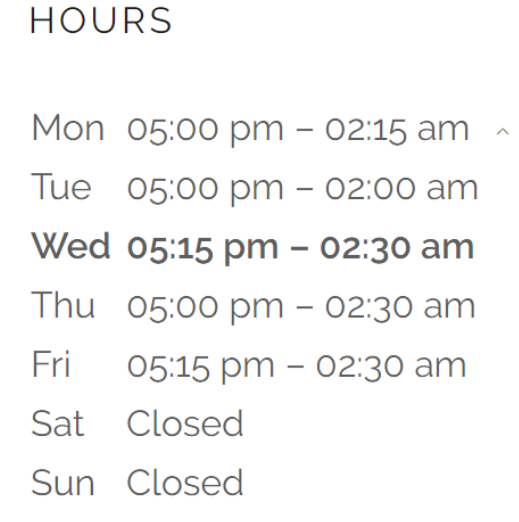 You can also call the number and hear a message—just don’t expect a call back. The man is BUSY.

New York City and its former mayor enjoy an acrimonious relationship. Giuliani thinks he’s the savior of the city, and the city mostly despises him—especially since he took on his most odious role as Donald Trump’s personal errand boy and fervent defender. Remember when he was basically booed out of Yankees stadium back in May on his birthday?

In recent weeks, Giuliani has been featured in the news for his alleged role in soliciting Ukrainian interference in the 2020 election at President Trump’s behest. Giuliani was subpoenaed earlier this week in the House impeachment investigation.