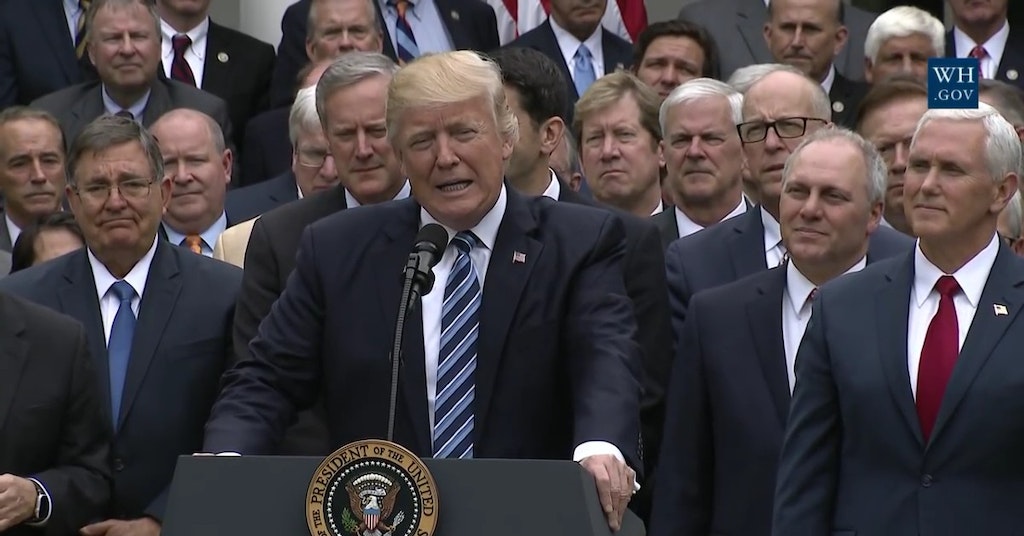 
If anyone asks what the point was of having a second impeachment trial for Donald Trump when everyone knew they wouldn’t be able to get the votes to convict, simply present the various stories of the Republican party eating itself alive over the whole thing.

For example, state and local Republican parties are now widely attacking the seven GOP senators who voted to convict—two more than voted that the trial itself was even constitutional.

At least four of those senators have already been censured by state or county-level Republican parties, and Susan Collins is expected to be next.

Some of these local parties are claiming that the censures are due to their belief that the trial was unconstitutional because Trump was no longer in office. Others, like Pennsylvania's Washington County Republican Party chair Dave Ball, were a bit more honest about their motivations.

Quite a time we live in when the chair of a major political party is completely comfortable admitting that they didn't send their representative to D.C. to "do the right thing," and therefore that the "right thing" doesn't represent the party.

Meanwhile, in North Carolina, the state GOP unanimously voted to censure Senator Richard Burr "for his vote to convict former President Trump in the impeachment trial which he declared to be unconstitutional." Burr, who like several other sitting Republicans will not seek re-election in the coming years, expressed disappointment in what his party has become.

"It is truly a sad day for North Carolina Republicans. My party’s leadership has chosen loyalty to one man over the core principles of the Republican Party and the founders of our great nation," he said.

In Nebraska, the state GOP is looking at eight or more resolutions to censure Senator Ben Sasse after he voted to convict. Over in Utah, Senator Mitt Romney, who established himself early on as anti-Trump, is facing a circulating petition promoting his censure.

Romney, undeterred, released a statement on his vote that expressed in no uncertain terms that he considered Trump to be very guilty.

"President Trump attempted to corrupt the election by pressuring the Secretary of State of Georgia to falsify the election results in his state," he said. "President Trump incited the insurrection against Congress by using the power of his office to summon his supporters to Washington on January 6th and urging them to march on the Capitol during the counting of electoral votes. He did this despite the obvious and well-known threats of violence that day."