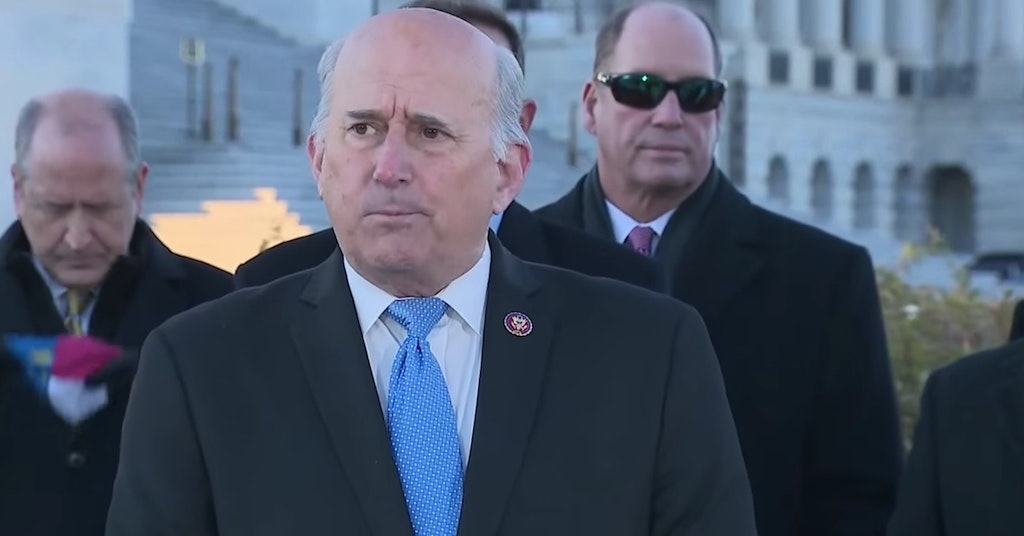 The Republicans are falling apart — literally.

Texas Representative Louie Gohmert was in the middle of speaking out against the movement to rename military bases that are currently named in honor of Confederate leaders when his tooth seemed to fall right out of his gums mid-sentence.

A zoomed in video from The Recount shows the drop in slow motion.

Longer footage shows Gohmert try to recover from the incident by stuffing the tooth farther back in his mouth so he could continue speaking.

People were initially confused about what had just happened, though others were quick to point out that the Texas representative had COVID-19 earlier this year. Tooth loss can be one of the many side effects of the virus.

However, Gohmert himself later claimed it was actually a temporary crown that came loose, and used the opportunity to complain about the media refusing to cover the extremely unbelievable Hunter Biden laptop story or President Trump’s baseless claims of widespread voter fraud, immediately doing away with any sympathy many may have felt for him initially.

The incident with Gohmert comes not long after Rudy Giuliani was recorded with his hair melting down into his face, and before that, people began expressing concern that something was going on with Mitch McConnell due to multiple appearances with darkening spots on his skin and bandaids on his hands.

But as @JeffLuceroMusic pointed out, if Gohmert had simply been following COVID safety protocol and wearing a mask, nobody would ever have even known this incident had happened.