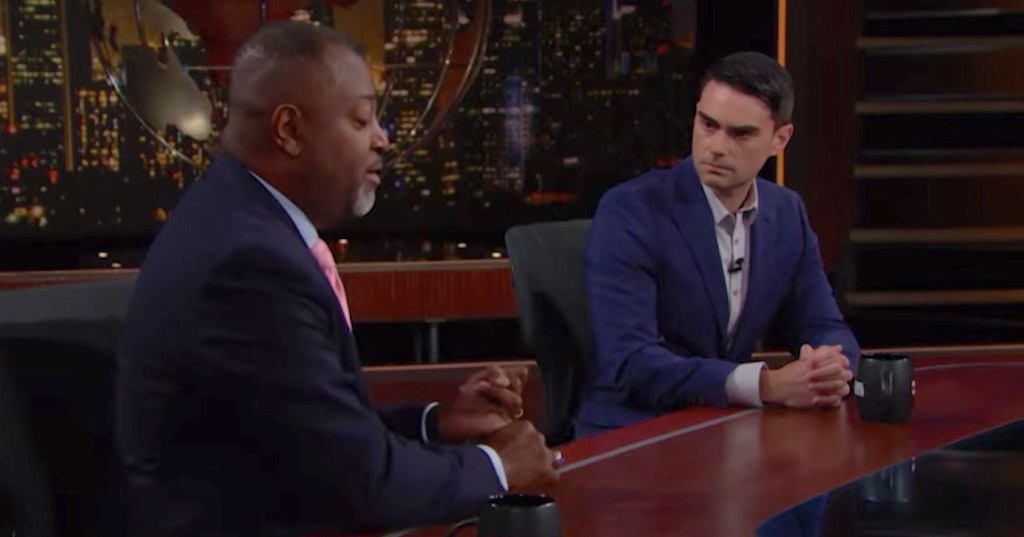 Conservative grifter Ben Shapiro made an appearance on Real Time with Bill Maher on HBO last Friday, and unfortunately for him, he was up against national security analyst Malcom Nance. Nance is someone who actually knows what he’s talking about, and it didn’t take long for him to start dragging Shapiro’s new book, The Authoritarian Moment.

It started with Maher, who had an issue with the title.

“With Tucker Carlson in Hungary right now, kissing up to the dictator Victor Orbán, I thought it would be a great time to talk about your book The Authoritarian Moment,” he said. “Which, I must say, I’m not being snarky here, when I saw the title I thought, ‘Oh, he’s writing about Trump.’ But you’re not, your thesis is the authoritarian moment is coming from the left.”

Nance jumped in to mock the title as well, and Shapiro’s claims that authoritarianism is coming from the left.

“It’s a nice title for his book and I think a lot of people who think he’s talking about real authoritarianism could be trapped into giving you $28.99,” Nance said. “Oh, I said, ‘be nice,'” Maher jumped in.

Later in the panel, Shapiro made claims about CRT, or critical race theory, which has become the new GOP boogeyman. They don’t want kids to learn about history, because it makes America look pretty bad. Shapiro claimed that CRT was being taught in schools, but it’s generally not.

Nance stepped in to say that the term has been taken over by conservatives and that its history that SHOULD be taught in schools. Shapiro then called that “a cheap semantic trick.”

“Is this what you do on your show? Because it sucks,” Nance replied. “You know, Malcolm, I […] I appreciate that, but I will comfort myself tonight by sleeping on my bed made of money,” Shapiro answered.

I guess Shapiro wasn’t actually all that happy with the way the show went, because he gave a statement to The Daily Wire on Saturday, Newsweek reports:

“Tonight, Americans will see the reason the Left plays semantic games when it comes to critical race theory: because when advocates for CRT are confronted with the overt racism of the program, they can’t defend it.”

“If we’re going to talk about authoritarianism, we must look at who holds institutional power. The simple fact is that the Left controls the commanding heights of our media, social media, corporate world, scientific institutions, and bureaucracy — as well as the House, Senate, and presidency, at least for now.

“Americans can feel the danger of creeping authoritarianism each and every day, from evidence-free mask mandates to social media crackdowns on dissent to admittedly unconstitutional edicts from the White House.

As I made clear tonight on Bill Maher’s show, if the Democrats think their authoritarianism won’t hurt them politically, they’re going to be shocked by next year’s midterm results.”

As for Nance, he tweeted that folks praising Shapiro on Twitter are bots: