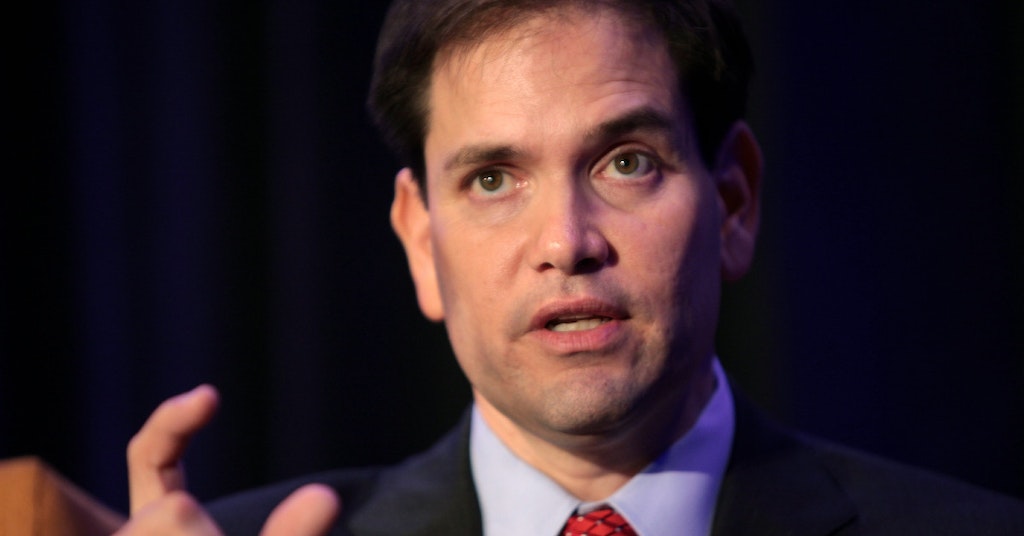 Senator Marco Rubio decided to celebrate Father’s Day this year not by celebrating dads, but by essentially blaming every single “major social problem” on families that didn’t have an adult dude around, angering single moms, queer moms, non-binary parents, and people who grew up without dads. Add in all the fathers who do not have such an ego problem that they think they’re the only thing holding society together, and the result was quite a ratio for the Republican senator.

“Every major social problem in America can be linked to fatherlessness,” Rubio tweeted. “Wherever involved fathers are rare, crisis is certain to follow. And billions in government spending is no substitute for fatherhood.”

Rubio was widely accused of misogyny for this tweet, with some noting how nobody ever attacks families with no moms in the same way, as well as for not-so-subtle racism and classism. The real reason that “fatherless” families are associated with social problems is that single-parent households often struggle due to having only one income while having to pay astronomical childcare costs. Replace “fatherlessness” with “poverty” in Rubio’s tweet and you have an accurate statement.

In a nation where poverty is deeply intertwined with white supremacy, BIPOC families are much more likely to get trapped in a situation in which the father is absent and can’t pay child support, especially as these men are disproportionately incarcerated. Right-wing politicians blaming all of America’s problems on these families while fighting for policies that create these situations in the first place is nothing new.

At the same time, Republicans like Rubio have attempted to argue that a lack of a male adult in a child’s life is somehow detrimental in order to fight against allowing same-sex partners to marry and adopt children. This has continued in spite of multiple studies finding absolutely no connection to the gender of one’s parents and outcomes for children, finding that the important thing is for parents to be loving and present in the kids’ lives — something that is always helped by financial support.

In addition to this, many Twitter users pointed out that Rubio himself, as well as plenty of other terrible people such as former-political-opponent-turned-president Donald Trump, grew up with fathers. More than anything, people seem to be of the opinion that Rubio would have been better off celebrating Father’s Day by shutting up.