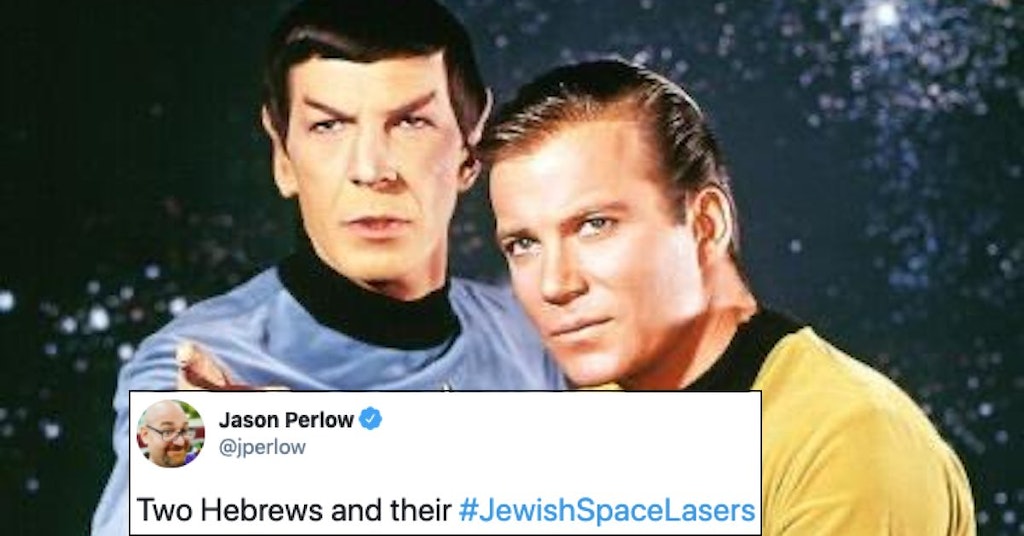 Donald Trump might be out of the White House, but he left behind a trail of weirdoes who should not have anything to do with running the government.

One Republican Representative from Georgia, Marjorie Taylor Greene, has been getting a lot of attention lately for all the stuff she’s said and done in the past that would get her banned from most jobs. Just not Congress, apparently.

The most recent “reveal” of public posts Greene has made has started the hashtag #JewishSPaceLasers trending on Twitter.

It refers to a Facebook post that Greene wrote in 2018 as wildfires raged along the west coast. Unearthed by Media Matters, it refers to a QAnon conspiracy theory that the fires were deliberately started to clear the way for a high-speed rail, using “space solar generators.”

“If they are beaming the suns energy back to Earth, I’m sure they wouldn’t ever miss a transmitter receiving station right??!! I mean mistakes are never made when anything new is invented.

What would that look like anyway? A laser beam or light beam coming down to Earth I guess. Could that cause a fire? Hmmm, I don’t know. I hope not! That wouldn’t look so good for PG&E, Rothschild Inc, Solaren or Jerry Brown who sure does seem fond of PG&E.”

Not that it matters, but Newsweek reports that Solaren was planning to launch for PG&E in 2016 but it never happened, so there were no solar panels launched into space for nefarious or beneficial purposes.

Greene mention of the Rothschilds is basically a red flag wave for anti-Semites, and people noticed. Soon, the hashtag arose, and some people used it to joke (instead of raging out) and others used the Facebook post as yet another example of why Greene isn’t fit to serve in office:

Democratic House Speaker Nancy Pelosi told the GOP Congressional leaders on Thursday that she wants to hear more from them about Greene’s history, like “no” and “we don’t want her here.”

“What I’m concerned about is the Republican leadership in the House of Representatives, who is willing to overlook, ignore those statements,” she said.

Well, they’re willing to ignore her for harassing a teenager on the street because he survived a mass shooting.