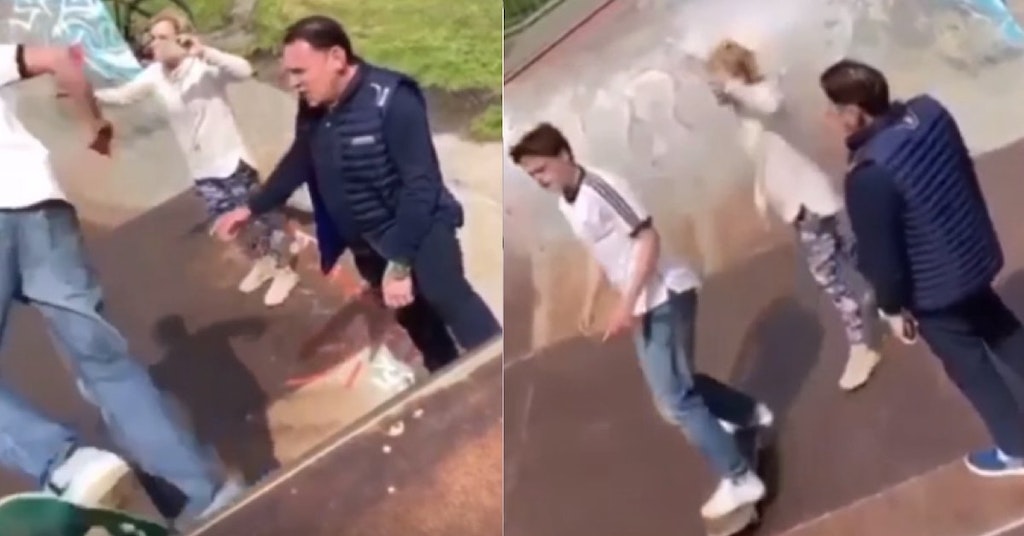 A viral video of a man harassing skateboarding kids in the park is apparently a part of a larger campaign being made by one of the richest guys in town. Mark Bailey of Swansea is the villain of the video, and comments on the Reddit post made by u/MightyShenron suggest that he is the reason why a skate park project in the city is being held back. Wales Online reports that there a judicial review of plans for the park was recently launched, delaying the Mumbles Community Council’s plan to build the £360,000-plus facility.

In the video, the man identified as Bailey approaches the skaters in their half pipe, encroaching further and further into their space with a woman by his side holding a camera phone. It seems as though they’re trying to bait the teens into a physical altercation:

A Twitter account by the name of @returnofthemaff claims that Bailey bought a beachside property close to this old half-pipe where the new park will be developed, and the people of the city are pissed about his interference:

An online petition in support of the park has received 5,700 signatures, so Bailey’s objections are in the minority. Jason Williams, who leads Mumbles Skatepark Association, said he was “incredibly disappointed” by the legal blocks being implemented by Mr. Monopoly over there.