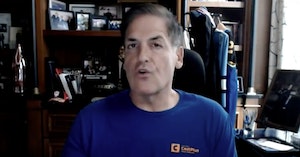 While it’s been around for a little while, billionaire Mark Cuban went viral over the past weekend due to the efforts of his low-cost prescription drug company, Cost Plus Drug Company.

The Cost Plus company was launched earlier this year and they opened with the slogan, “No middlemen. No price games. Huge drug saving.”

The basic structure of Cuban’s company is that they buy high-demand drugs at wholesale bulk value and then are able to sell them at only a 15% markup, which often can save patients anywhere from a couple of bucks to several thousand dollars for their prescription medications compared to the company’s competitors.

“Every product we sell is priced exactly the same way, our cost plus 15%, plus the pharmacy fee, if any,” says the Cost Plus Drug website. “When you get your medicine from Cost Plus Drug Co., you’ll always know exactly how we arrived at the price you pay. And as we grow and our costs go down, we will always pass those savings on to you.”

“Everyone should have safe, affordable medicines with transparent prices,” Cuban is quoted as saying on the website.

The drug company went viral over the weekend on social media as folks shared with each other the kind of savings they were able to make from using Cuban’s prescription drug company instead of a regular brick-and-mortar pharmacy.

While the selection of prescription drugs currently on offer is limited to only about 100 of the most crucial, Cuban has said that they intend to expand to other common but expensive drugs in the future, eventually selling over a thousand prescription drugs in a given year.

In an interview with PBS News Weekend anchor Geoff Bennett earlier this month, Cuban explained what the reasoning was behind the decision to open Cost Plus Drugs.