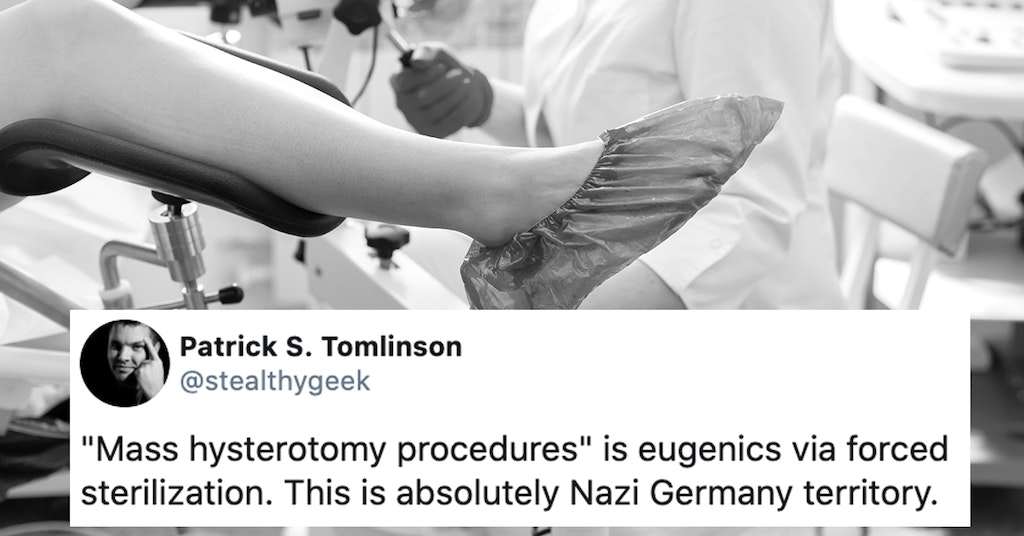 A whistleblower has come forward to allege that a private detention center in Georgia has been performing mass hysterectomies on women in its custody.

Dawn Wooten worked as a nurse at Irwin County Detention Center, but says she was demoted after drawing attention to some questionable medical practices.

In a complaint filed by several advocacy groups on behalf of Wooten, she said that just about every woman who sees a specific out-of-facility doctor used by ICDC has wound up getting a hysterectomy.

“I’ve had several inmates tell me that they’ve been to see the doctor and they’ve had hysterectomies and they don’t know why they went or why they’re going,” she said, referring to this particular doctor as “the uterus collector.”

Multiple detainees were also interviewed prior to filing the complaint, with one comparing the detention center to “an experimental concentration camp.”

Other complaints against the center include a refusal to test for COVID-19 or isolate symptomatic detainees, refusal to provide timely medical care, and unsanitary living conditions.

“For years, advocates in Georgia have raised red flags about the human rights violations occurring inside the Irwin County Detention Center,” said Azadeh Shahshahani, a lawyer with Project South, one of the Georgia-based non-profits who filed the complaint. “Ms Wooten’s whistleblowing disclosures confirm what detained immigrants have been reporting for years.”

The allegations have prompted mass outrage across the United States and beyond, with many saying that mass sterilization of women in the detention center, many of whom are from Mexico, is a form of eugenics.

And many others still are calling the detention center out, and calling for ICE to be disbanded — something they say is long overdue.

The entire complaint with allegations from both Wooten and a number of anonymous detainees can be found here.