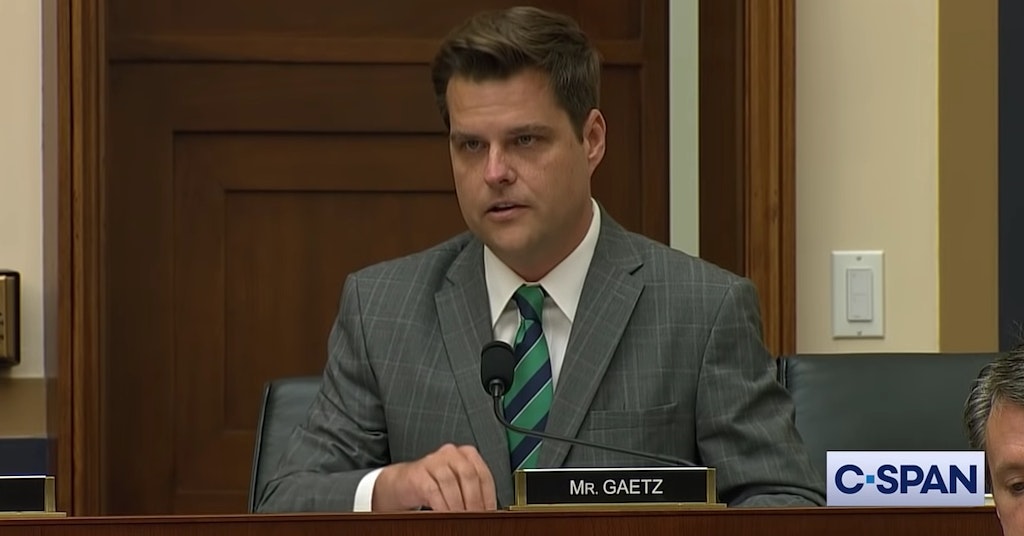 
Matt Gaetz remains in the spotlight after news of the Justice Department’s investigation into him for possible sex trafficking broke earlier this week. Despite his best efforts to deflect the story with his own convoluted allegations of extortion, more information has come out — and none of it paints him in a good light.

The investigation into Gaetz is linked to his relationship with Joel Greenberg, a Florida political figure who was arrested on trafficking charges last year.

Now, there are accusations that Greenberg met women on dating sites and paid them to go on dates and have sex with him, eventually introducing them to Gaetz and potentially another unidentified Florida politician with the same deal in place.

Payments made via the Cash app between these men and women back up the allegations, according to The New York Times.

The scandal surrounding Gaetz has also prompted anonymous sources to reveal to the press that the Congressman made a habit out of showing naked photos of women he was sleeping with to other lawmakers while on the House floor.

“It was a point of pride,” one of the sources told CNN, claiming Gaetz bragged about his conquests.

While this inappropriate behavior isn’t directly part of the Justice Department’s investigation, it still doesn’t look good for Gaetz, particularly as he struggles to continue denying the sex trafficking allegations.

In the few days since news of the investigation came out, Gaetz has made similarly unconvincing statements regarding his innocence, not only trying to redirect the blame towards a supposed extortion scheme (despite the investigation beginning prior to when he claims the extortion attempt began), but going on Tucker Carlson’s show to refute allegations in very carefully worded statements that only seemed to make people believe he’s guilty.

Gaetz, of course, remains innocent until proven guilty, but the fact that allegations regarding sex trafficking are being made against the only person who voted against a human trafficking bill back in 2017 will likely be the least surprising thing to happen in 2021.