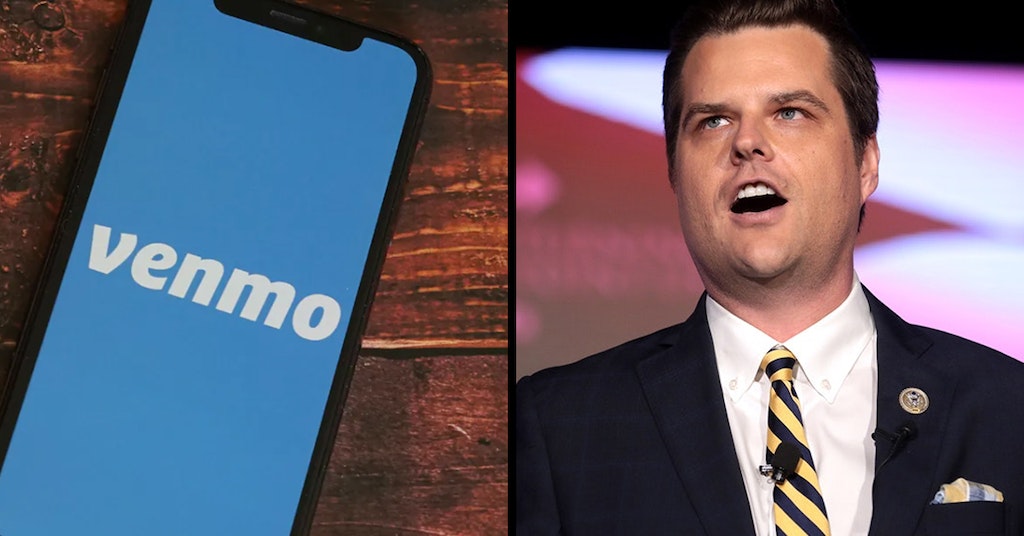 After word that Matt Gaetz was being investigated for possible child sex trafficking broke, it took mere minutes for people to start digging through his social media, which resulted in uncovering some pretty questionable tweets.

But it turns out a different platform may end up being far more damning — Venmo.

The Daily Beast scoured through the Florida representative’s Venmo history prior to him finally setting his transactions to private, and uncovered multiple payments to Joel Greenberg, who has already been arrested for sex trafficking. This money was reportedly then disbursed — also via Venmo — by Greenberg to three young women.

The media implication is that the men were paying these women for sex, although Greenberg unconvincingly labeled the payments as being for “Tuition” and “School.” It’s also worth noting that Gaetz specifically referred to one of the girls by a nickname in one of his payments to Greenberg, asking him to “hit up ____.”

While Venmo may not be the smoking gun in a potential criminal case against Gaetz, it’s certainly playing a surprisingly important role in how the story is playing out in the public.

Gaetz has repeatedly and somewhat frantically denied any wrongdoings, initially trying to blame the whole thing on an extortion plot against him, although the timeline never quite fit his version of the narrative.

Greenberg, however, has been indicted and is expected to take a plea deal, which could mean bad news for Gaetz. And at this point, anything that didn’t result in this just getting worse for the Florida congressman would be a major surprise.