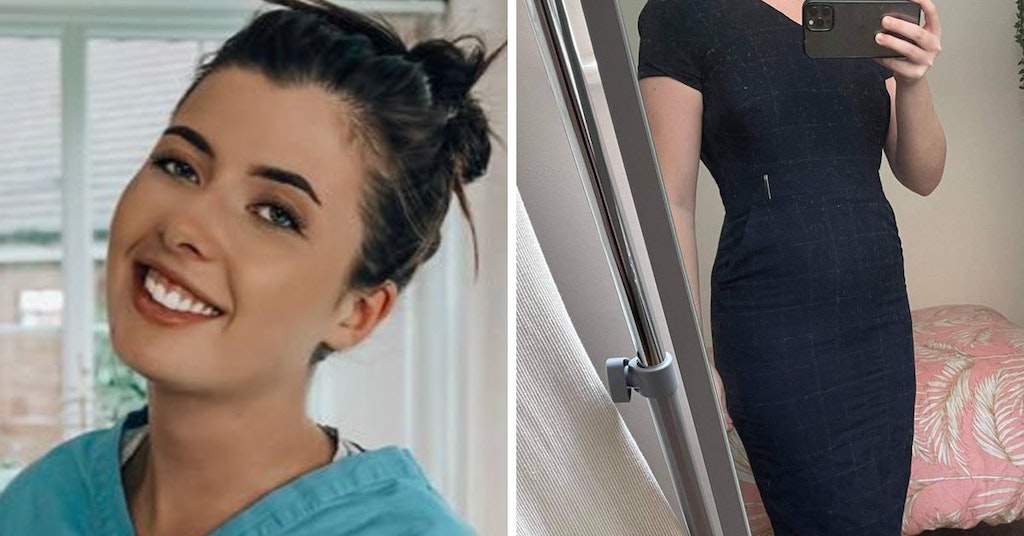 A young woman named Eilidh (pronounced either “Ayy-Lee” or “I-Lee,” depending on where you live), who runs social media accounts under the handle @thegraduatemedic and @thegradmedic, recently had a heinous experience in her medical program at Newcastle University.

Eilish was prevented from delivering a paper after receiving a yellow card during a big exam. Why the yellow card? Her below-the-knee dress was deemed “a short skirt” and “inappropriate.”

The situation was brought to light on Twitter by her friend Ciarán, who was outraged on her behalf:

There were, of course, several misogynists and incels ready to spew hate in response; but by and large, Twitter showed up to share their own similar experiences and support Eilidh.

Some users pointed out to Newcastle that they were supposed to be evaluating students’ performances, not their body parts or wardrobe decisions.

The next day, Newcastle University showed up on Twitter offering to help:

They also tweeted what they appeared to think was a public apology.

But Eilidh responded by saying that Newcastle University was not telling the full truth.

And Twitter was less than receptive to Newcastle’s message.

They also suggested strategies for improvement:

Eilidh has recently said that she does not intend to continue pursuing the issue publicly, but is glad to have shared it so that people realize these things still happen to women every day.