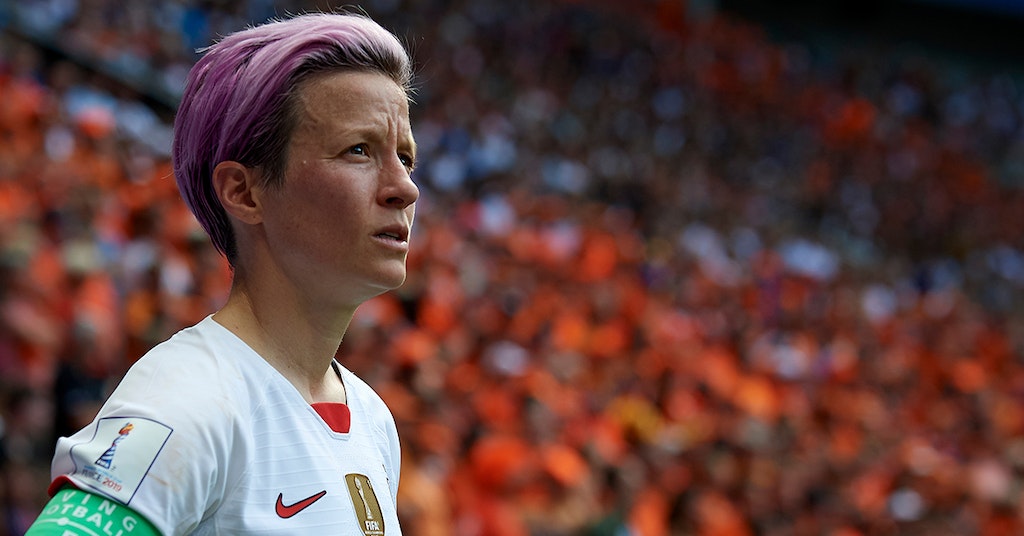 Megan Rapinoe is facing criticism after an old tweet of hers was unearthed that some are calling racist.

In 2011, the soccer star tweeted at fellow player Natasha Kai “u look asian with those closed eyes!”

Kai is, in fact, Asian, and her original tweet no longer exists, so it’s impossible to see what Rapinoe was referring to, but critics were quick to accuse Rapinoe of racism over the remark.

The timing of this old tweet being unearthed suggests that people went digging in Rapinoe’s old tweets in response to her being named among the new faces of Victoria’s Secret.

The brand announced last week that they would be getting rid of their iconic angels and instead using a diverse line-up of celebrities and models to sell their lingerie. Conservatives and straight dudes were immediately up in arms over the change, directing the majority of their ire specifically at Rapinoe for not fitting their hyper-feminine ideals.

Considering the sudden backlash against Rapinoe’s 2011 tweet largely appear to be from conservatives who normally put a lot of effort into denouncing cancel culture, a number of these criticisms appear to be more about silencing someone who has actually been fairly outspoken about injustices in recent years.

“Imagine if this was trump,” one user even tweeted, ignoring the fact that Donald Trump never faced any actual consequences for his repeated bigoted behavior.

As such, people are having a hard time taking the critiques in good faith.

That having been said, accountability still matters, and some are genuinely hoping Rapinoe will acknowledge the tweet publicly, which she has yet to do.