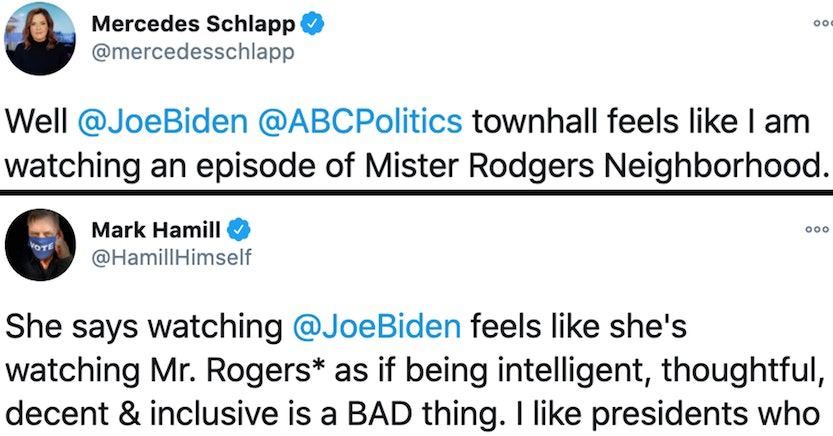 Schlapp, who misspelled the TV icon’s last name, was swiftly dragged for insinuating that Mr. Rogers’ qualities are in any way a bad thing.

As a reminder: Mr. Rogers’ widow, Joanne Rogers, called Donald Trump “a horrible person” and “pathologically ill” in a recent interview with The Daily Beast.