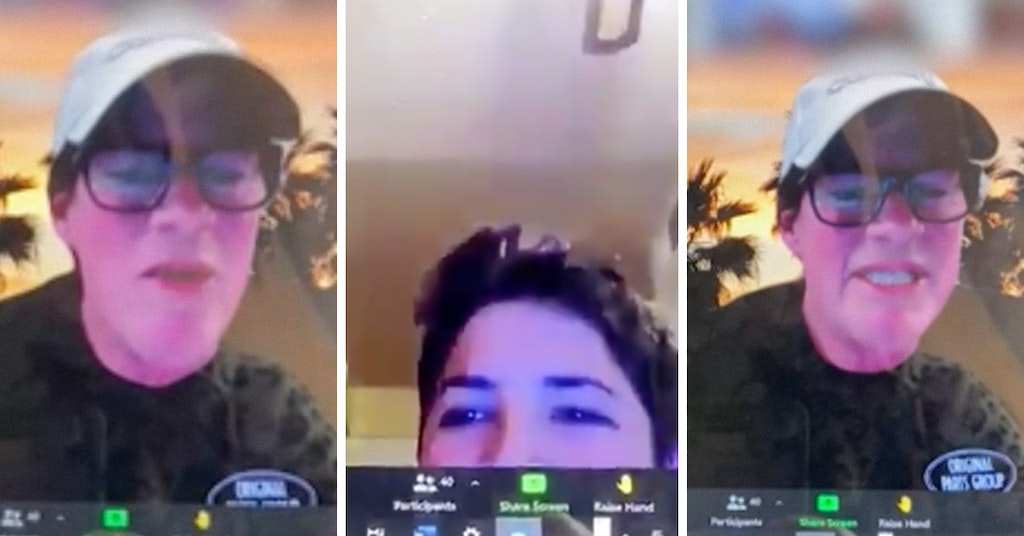 A professor at Oxnard College, a community college in Oxnard, California, is under investigation following reaction to an awful video of his despicable treatment of a hard-of-hearing student during a Zoom meeting for an online class.

In a CNN report from last Thursday, a roughly two-minute video (compiled from TikTok) showed a Zoom call “from a physiology class at Oxnard College that day taught by professor Michael Abram, who is identified in the video by name and by a student in his class.”

At the start of the recording, it’s not immediately obvious if the professor is aware the student, who self-identifies as hard of hearing later in the video, requires assistance, or if he just doesn’t care.

“You can hear me a little bit?” Abram asks, wondering why the unnamed student isn’t participating to his expectation. “Why didn’t you answer all the times I spoke to you then?”

“I’m hard of hearing,” she responds, once he stops talking over her.

“Why don’t we talk sometime? Why don’t you email me? We’ll set up a live Zoom and we’re going to have some real communication at some point in time,” the professor says.

“Maybe you can have your counselor join us, OK? Do you hear me? OK, wonderful, do that,” he continues.

Understanding the situation, another female student tells Abram that she is hard of hearing and cannot respond right away.

“She’s not paying attention, she’s not trying,” the professor scoffs.

The other student replies, “It’s slower on her end because she needs to get it translated, and then it goes to her hearing piece.”

Electing to not believe the explanation, Abram then tells the hard-of-hearing student to “have your counselor speak with me because you’ve got too much distraction to even understand what is going on.”

“Yes, I do because my translator is next to me explaining everything that you’re saying,” she answers.

Unsympathetic, Abram proposes the student’s translator teach her: “Just have them teach you, the whole class, that makes sense to me.”

She says she feels attacked by Abram, who denies the accusation while gaslighting her, saying, “I’m just significantly disappointed in you. That’s all, that’s all it is. I’m not attacking you.”

Abram is now on paid leave, pending an investigation. Per CNN, the Ventura County Community College District, of which Oxnard College is a member, provided a statement.

“The Ventura County Community College District is opposed to any language or behavior which is offensive or harmful to anyone based on gender, ethnicity, religion, sexual orientation, age or disability,” board Chair Joshua Chancer said in the statement. “Comments in the video do not reflect the District’s values of integrity and honesty in action and word, respect and the constant pursuit of excellence.”

“We are taking this incident very seriously,” said district Chancellor Greg Gillespie during a briefing, per VCStar.com. “We are currently investigating the situation and following our protocols to address it.”