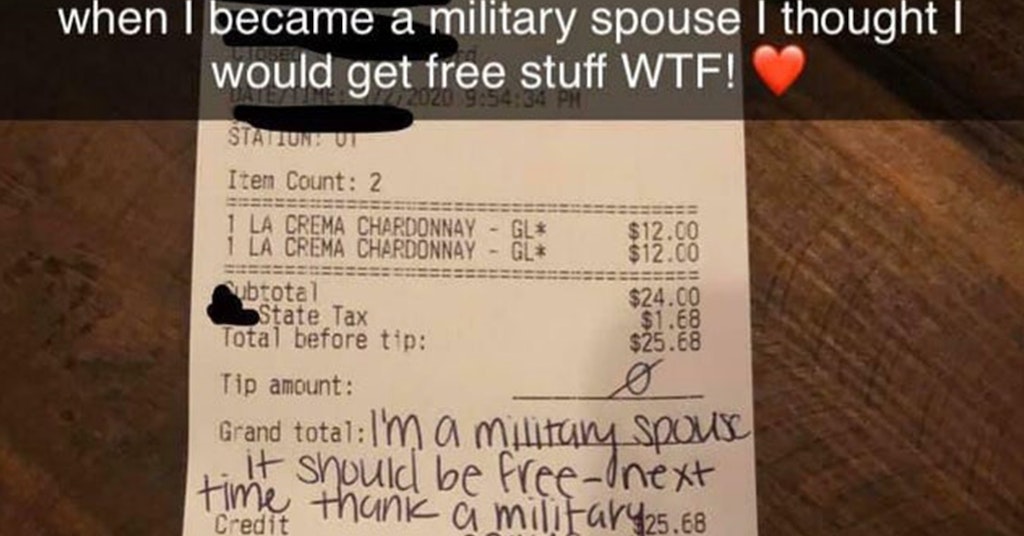 It’s always frustrating to see servers sharing photos of their zero-tip receipts alongside some idiotic comment a patron has left with a poor excuse as to why they aren’t doing the right thing and leaving a tip. But to see the customer post the receipt themselves is a whole new level of bizarre.

One entitled “military spouse” did just that after she (we’re admittedly making a pronoun assumption here) threw back two glasses of chardonnay at a restaurant and not only didn’t leave any tip, but complained that she got charged at all.

Presumably, the service was fine, the wine was fine—the issue was that this woman believes that, as a military spouse, she shouldn’t have to pay for anything at all.

She appears to have posted a photo of her receipt, alongside her own angry commentary, to Snapchat. 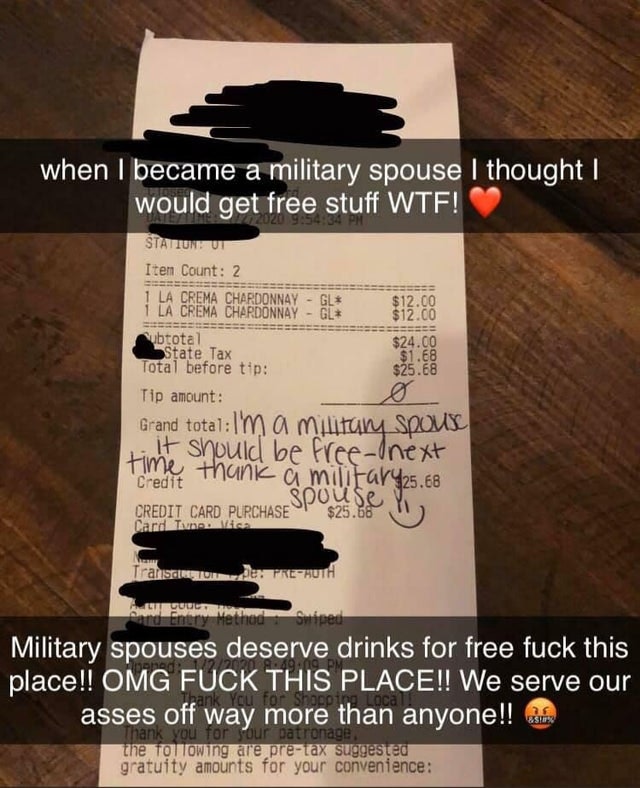 “When I became a military spouse I thought I would get free stuff WTF!” she wrote, next to a heart as if trying to prove she actually has one. “Military spouses deserve drinks for free f—k this place!! OMG F—K THIS PLACE!! We serve our asses off way more than anyone!!”

Wait, so people who…serve people…should get something for it? Say, I don’t know, a tip, maybe?

Of course, she did leave a “tip” of sorts, leaving advice on the receipt itself that next time they should really remember to thank and comp her drinks since she’s—in case you forgot—a military spouse.

The image was quickly snatched up from its original source and shared to Reddit, where everyone could communally balk at this extreme sense of entitlement.

“I don’t get how someone can be so insane to try and exploit their husband risking his life,” user sarcastic_patriot commented. “‘My husband is willing to die for your freedom, so give me free drinks!’”

“Well being a military spouse is the hardest job in the military (rolls eyes),” Skatingraccoon replied. 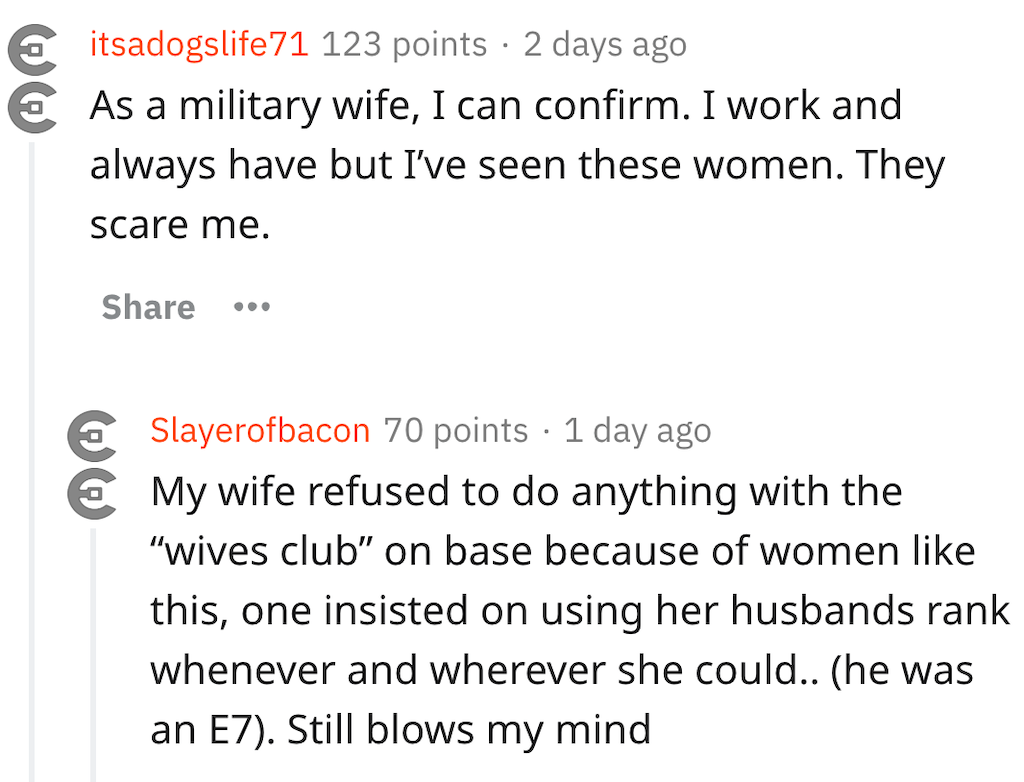 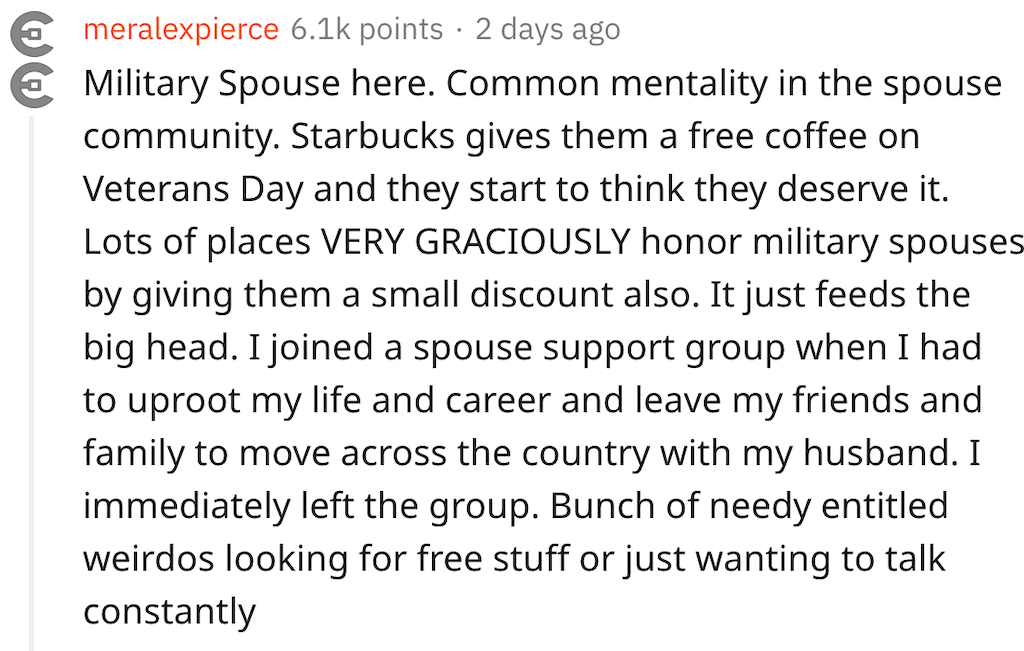 The whole thing is so cringeworthy that it’s spilled over to Twitter, too.

She wanted free champagne. Because she's the wife of a military member. I. Can't. That smiley face is the passive aggressive cherry on top. pic.twitter.com/3Y4znrcU84

Wait. Just wait. We’re supposed to get free wine?!!! This was not in my how to dependa handbook.

Chasten Buttigieg was wild for this one

too often, the world forgets the immense sacrifice of the military nephew

Not everyone is brave enough to be on the front lines of the war against tipping and paying for wine, so, military spouse, on behalf of servers and small businesses everywhere, we salute you! You know, with one finger. <3