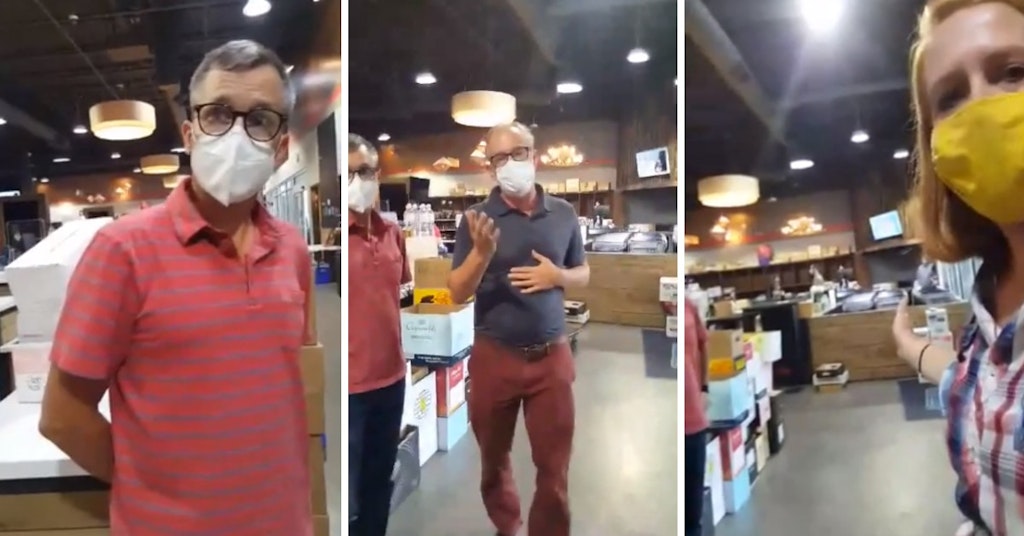 An anti-mask woman filmed a five-minute video of herself being kicked out of a Colorado liquor store by multiple managers who had to call the police because she refused to wear a mask in spite of store policy requiring them. The woman, Ruby Musso, tried to claim that some “revised” Colorado law barred private businesses from refusing service to people without masks. In fact, current state guidelines encourage businesses to deny service to customers who won’t wear one.

“Look at all these Nazis, in Nazi America. Nazi America!” she shouted as she left to talk to the police waiting outside.

According to local news, Musso claimed to have a condition that causes extreme anxiety and panic upon wearing a mask. When employees at Molly’s Spirits in Lakeside offered to do her shopping for her and bring her order out to her car, she refused. Musso’s mother was also there with her, but she insisted on making a scene.

“I just really tried to stand my ground with that because I feel like it’s really important,’ she said in a later interview. “There are so many reasons why someone is not wearing a mask.”

"You can’t deny me service!" In a private business on private property for not wearing a mask. from PublicFreakout

Musso stood her ground against many fellow customers, all wearing masks, many of whom argued with her, told her to leave, and/or gave her the finger when she filmed them. One frustrated young woman rammed her cart into Musso’s and yelled at her to leave, prompting Musso to claim assault and harassment. Employees continued to repeatedly tell her to leave.

One the police arrived, managers escorted her to the exit, where she continued to argue with them and refuse to leave.

“Ma’am, it’s like you’re naked in my business,” one said. “Please leave. No shoes, no shirt, no mask, no service.”

Musso can then be heard loudly and forcefully breathing on the manager, who notices. When Musso says she’s “waiting for the cops,” the same manager declared his intention to press charges against her.

“I’m gonna press charges when they get here, just so you know, and I will love it,” he says, punctuating this last statement with a jolly little hop.

The store’s owner, Rufus Nagel, defended the mask policy and his employees’ actions.

“It’s not my place to determine what is and is not a health risk,” he said. “I have to obey the rules and the laws. For me, it’s an issue of an out of control customer creating a scene in my store.”

Molly’s is now reportedly receiving threats after Musso’s video went viral, getting so many calls that they had to cut off their phone service.

The video has been a big hit on Reddit’s “Public Freakout” forum, where commenters have little sympathy for Musso. 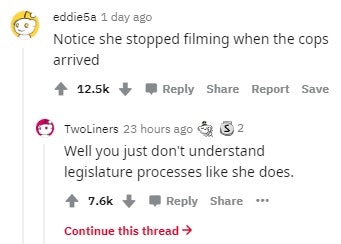 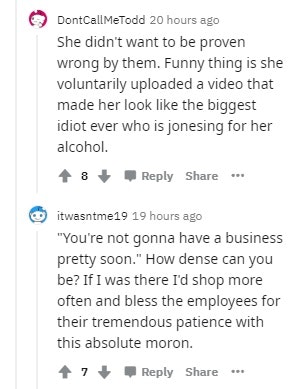 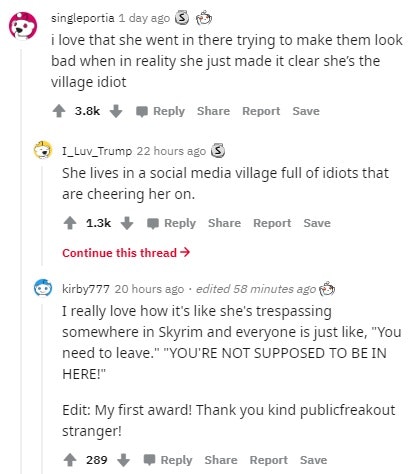