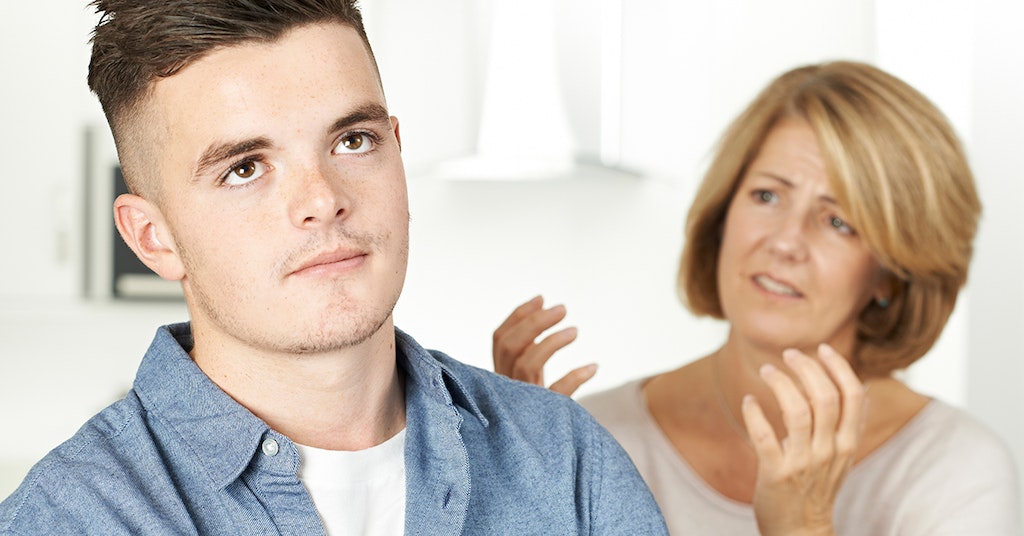 With the rise in anti-Asian violence in the past few years, there has been a big push for people to confront and address racism as it arises in their daily life. That means even things that might seem smaller on the scale of racist violence are understood as more of a thread in a web upholding white supremacy.

One mom discovered that her own son was holding some of these ideologies and decided she wasn’t going to just let it go—but it caused problems with her husband. She posted her story on r/AmItheA–hole under the name u/SnooPaintings9288, asking, “AITA for punishing my son after he said something racist?”

She says that a week ago her family ordered Chinese food, and as the delivery driver, a Chinese man, came to the door her daughter was carrying the cat upstairs because it’s a little rapscallion who jumps on takeout food. But as she walked away with the feline, her son yelled, “Make sure to hide the cat from the Chinese guy!”

The OP says she was at the door and the driver very obviously heard her son and was upset by the racism. She apologized, but she wanted her son to take some accountability:

I told my son that racist jokes were completely unacceptable and very wrong and he refused to admit that he was in the wrong. So, later that night I forced my son to write a sincere apology to the delivery driver, (his name was on the receipt) as well as write a one page paper on Chinese culture and a one page paper on why racism is perpetuated by racist jokes and stereotypes.

Then the next day I took him to the restaurant and had him read his apology aloud to the delivery driver as well as give him the papers he wrote. The driver was very appreciative of the apology and thanked me for making my son do it. He then told my son about multiple instances where he had faced racist comments and attacks from people while he was a delivery driver.

Later that night, mom got into a fight with her husband, who said their son was embarrassed for “no reason” and the “punishment didn’t fit the crime.”

“I told him that it was much more embarrassing for the driver to have to face that kind of racism and racist stereotypes and that our son would get over the embarrassment,” she explained. “I do not condone any kind of hateful thinking in my house, and the fact that my son said that embarrassed me as well. My husband told me that it was ‘just a joke’ and it wasn’t that big of a deal. I feel like I might have overreacted some but I think it’s important to help my son understand how what he said was wrong and hurtful.”

Commenters were very supportive of the OP and said that while she was definitely not the a–hole, it sure seemed like her husband was:

Teach your kids to do the right thing, so they don’t grow up to be awful adults—like the guy OP is married to.