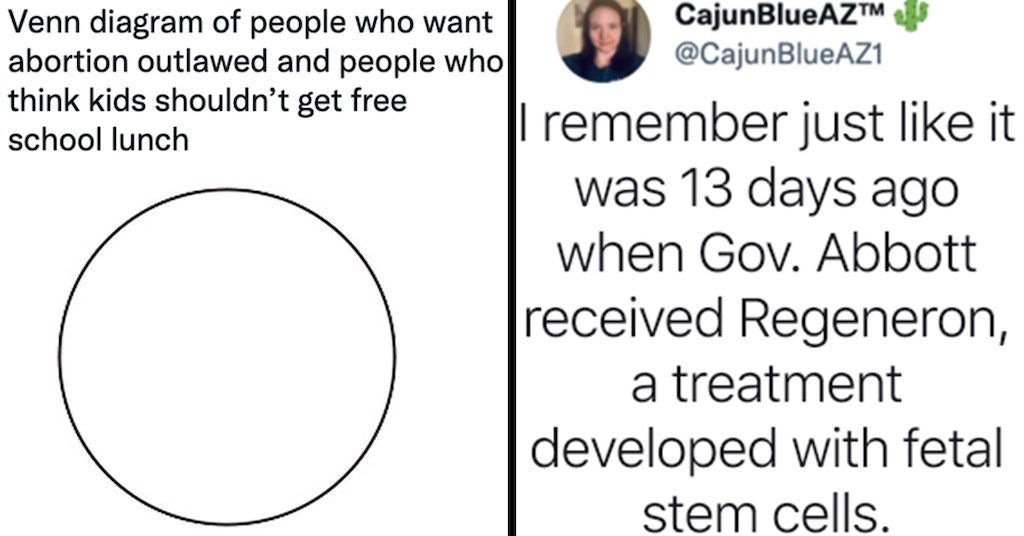 The frustration and outrage at the new abortion restrictions in Texas, essentially amounting to a ban in most scenarios, have only been growing since the law was officially allowed to take hold on Wednesday.

There are any number of things to be angry about in this scenario beyond the very basic truth that women’s health and rights have been put on the line by men and religious zealots who feel that they have the God-given right to control the world and people around them.

There’s also the part where Republicans have scoffed at science throughout the pandemic, making up their own rules and treatments, but suddenly think they know enough about science to understand a “fetal heartbeat” well enough to make a law around it (spoiler: they don’t). There’s certainly the part where Republicans fight tooth and nail against stepping up for actual living and breathing children whose families need help and support. Oh, and let’s not forget how this won’t effect rich women — the wives, mistresses, and other family members of the very politicians enacting this law — at all.

And the more people tweet their anger, the more issues come to light, and the more hopeless it all seems. But staying informed — even through Twitter jokes and rants — is the only way we can be prepared to push back against this and other draconic laws Republicans want to enact to regain supremacy for their preferred demographics.