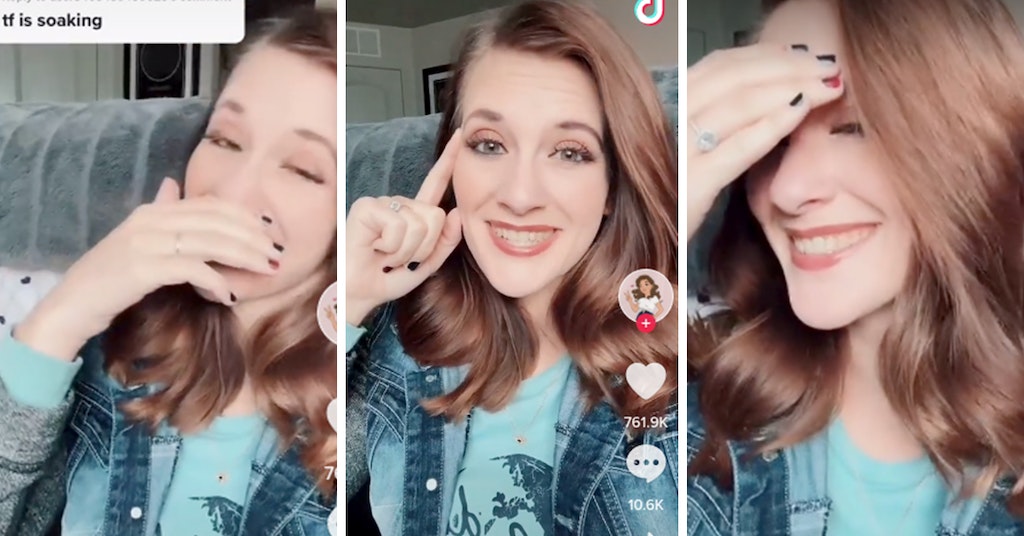 Ex-Mormon TikToker Explains ‘Soaking,’ Or How Mormons Have Sex Without Thrusting

Every so often, a new video or article or meme about “soaking” goes viral, and new people in the world have to learn about the sex act popular with Mormon teens and young adults who like to pretend they’re not actually having sex.

In looking for an explanation for soaking, many people found a video posted by another ex-Mormon, @exmolex, back in March.

Soaking, she says, is “basically where the boy puts his penis inside the girl and then they just hold still. No thrusting, because that would be sex. But if you put it in and you just sit there and don’t move, it doesn’t count.”

The idea of soaking is far from the first method religious teens have come up with to have sex while convincing themselves they’re not really having sex. But something about this has left people particularly thrown — and let’s be real, it’s probably mostly the name.

Still, commenters on @exmolex’s video tried their best to wrap their heads around the logic of this whole situation.

“Because God is a t Rex and his vision is based on movement,” wrote @pipsdips. “But isn’t just the act of sticking it in and taking it back out… a thrust?” @katiecalling asked.

And @lagringajane offered up another addition to the soaking lore: “My bf is exmo & he said while that was happening, a friend would jump on the bed to create movement. Wasn’t them so they were safe. Crazy.”

Some people have denied this is actually a thing among Mormon teens, with one ex-Mormon telling the New York Post last month that “it really just makes no sense” and is “probably 99% rumor,” but the prevalence of soaking commentary on TikTok tells a different story.

@exmolex also shared another video with more information if you’re really interested in diving into the world of soaking. But once you click that tag, there’s no turning back.