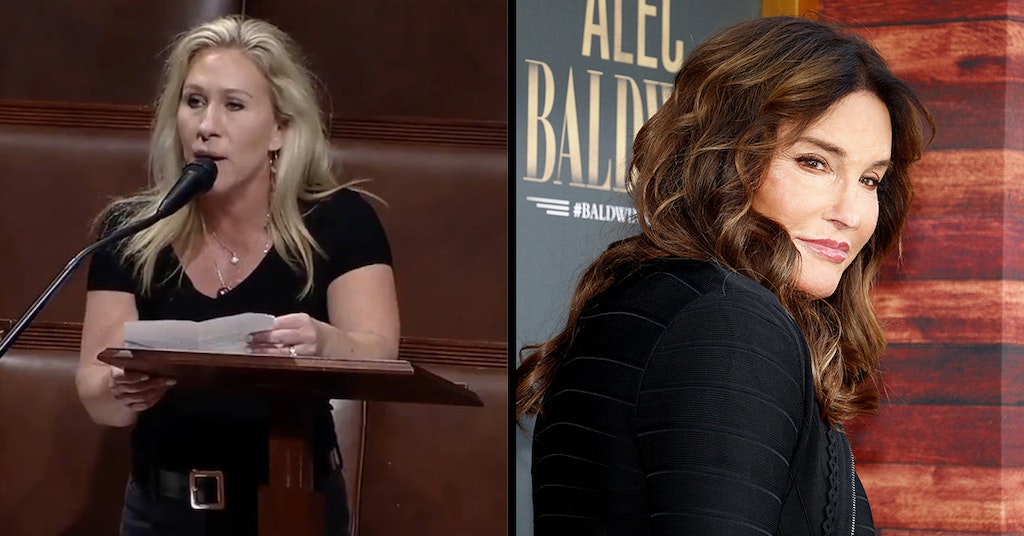 Caitlyn Jenner’s plot to run for governor of California on the Republican ticket isn’t going too well—but it’s going about as well as everyone else expected.

Most recently, Jenner seems to be in a Twitter fight with none other than far-right conspiracy theorist and Georgia Congresswoman Marjorie Taylor Greene, who accused anyone supporting Jenner’s bid for governor of “playing the left’s stupid identity politics game.”

“Stop promoting this man in a dress & NEVER-Trumper,” Greene wrote, pointedly misgendering Jenner, who is trans.

Jenner fired back with a claim that Greene “backed down to the woke mob” when she settled out of court over a lawsuit that challenged her right to block people on Twitter while holding public office.

“Now your money is being used to take guns away from law abiding Americans,” Jenner claimed.

The beef is random but somehow unsurprising in the current political climate.

While some Republicans are staying away from commenting on Jenner’s run so as not to overtly position themselves as either transphobic or accepting of trans identities, many have been forthright about their dislike of the former reality star.

Just last week, Jenner was harassed at the Conservative Political Action Conference in Dallas, Texas, where someone filmed her and called her a “sick freak,” prompting frequent Fox News contributor Tomi Lahren, of all people, to come to her defense.

Meanwhile, Democrats have never known what to make of Jenner’s politics, particularly as Republicans have ramped up attempts across the country to pass anti-trans legislation.

But if Jenner and Greene are busy fighting each other, maybe they’ll have less time to do more actual damage to this country.

Greene hasn’t responded yet, but she has been very busy complaining about socialism and advertising her rallies with Matt Gaetz, who is still under investigation for sex trafficking and obstruction of justice.