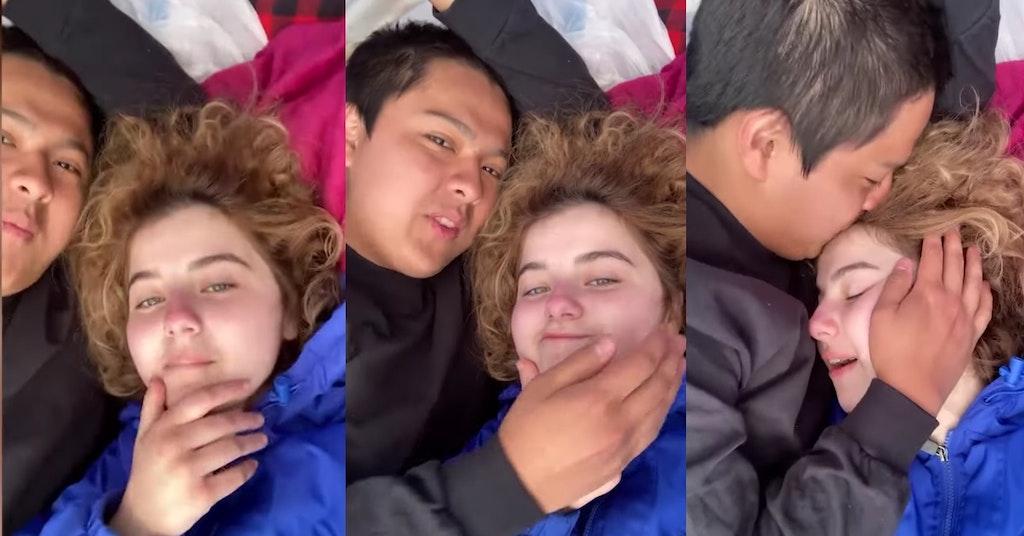 Police have discovered video footage of two teens joking about murdering someone day after they are believed to have done just that.

16-year-old Sierra Halseth and 18-year-old Aaron Guerrero have been charged in the murder of her father, Daniel Halseth.

Apparently, Daniel had forbidden his daughter from seeing her boyfriend after learning they were planning to run away to Los Angeles together. This didn’t sit well with the teens, and on April 9, Daniel was found dead in his Las Vegas home.

Security footage from Home Depot showed Aaron buying a saw, lighter fluid, and gloves in the days before the murder, while Sierra was later found to have bought bleach in the same time frame. Authorities believe the couple stabbed Daniel to death, tried to dismember the body, and then attempted to set it on fire.

By the time police discovered the body, the teens had already fled to Salt Lake City, Utah. While on the run, they recorded a video, seemingly joking about the murder.

Sierra laughs in surprise, then suggests he not “put that on the camera.”

“It was worth it,” he replies.

A statement sent to Las Vegas 8 News Now by Daniel’s family pulled no punches in addressing the video.

“To have him taken from us in such a horrific, savage, senseless, and violent act of murder leaves us heartbroken, and our grief is unyielding,” they wrote. “The total lack of remorse on display in the video is both reprehensible and unforgivable.”

Daniel’s body was discovered after his mother and ex-wife became suspicious about his lack of communication. The teens were later tracked down to Salt Lake City, where a bloodied blanket was found in the trunk of Daniel’s vehicle, which they had used as a getaway car.

Sierra will be tried as an adult for the crimes, and the death penalty is still on the table for Aaro, according to his attorney.