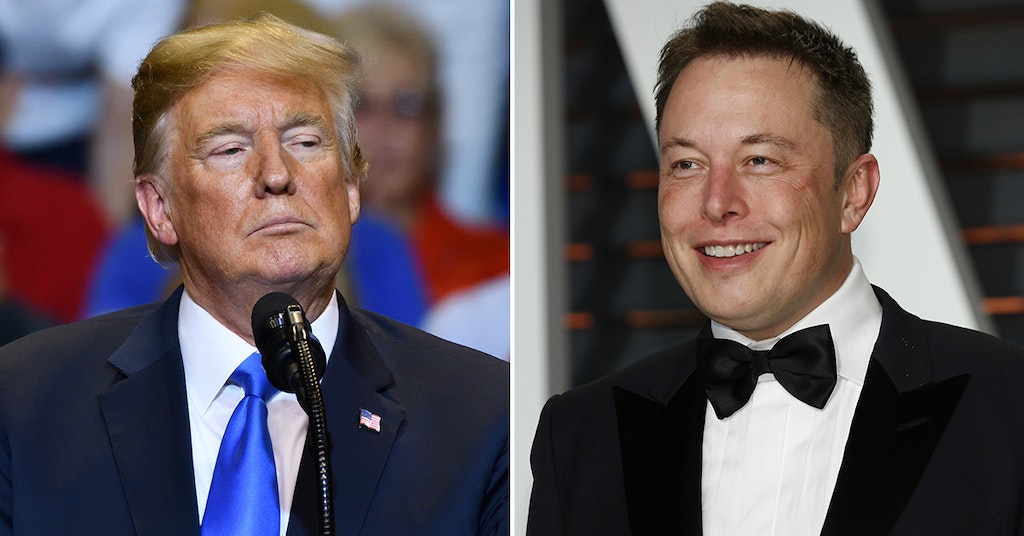 President Trump Demands Tesla Be Allowed To Reopen, Much To Elon Musk’s Delight

The day after Elon Musk announced that he was reopening Tesla headquarters in California against county regulations, President Trump jumped into the fray to show his support for the CEO’s decision.

Musk has spent the last several weeks going on Twitter rants denouncing California’s shelter-in-place regulations, specifically that of Alameda County, where Tesla headquarters resides. After filing a lawsuit against the county, Musk said Monday that the factory would be reopen regardless of orders.

“Tesla is restarting production today against Alameda Count rules,” he wrote. “I will be on the line with everyone else. If anyone is arrested, I ask that it only be me.”

His audacity divided the internet, with the vast majority of people slamming him for potentially putting his employees at risk before officials feel it’s safe. But some celebrated him as a vigilante standing against tyranny, brave enough to keep that assembly line that makes him billions of dollars chugging along despite a worldwide pandemic.

Among the latter was President Trump.

No stranger to tweet rants himself, Trump jumped online this morning to demand California allow Musk to reopen Tesla (despite the fact that he has clearly already opened it and doesn’t care what local officials tell him to do).

But many, especially in California, felt he should be staying out of local issues.

California as a state has actually already loosened restrictions, allowing many factories and businesses to reopen, but specific counties have opted to maintain stricter guidelines for the time being — a choice supported by California governor Gavin Newsom.

For his part, Musk was thrilled to receive support from Trump, tweeting thank you and defending his appreciation to the president for meddling in local government despite the GOP so often touting “small government” over federal interference.