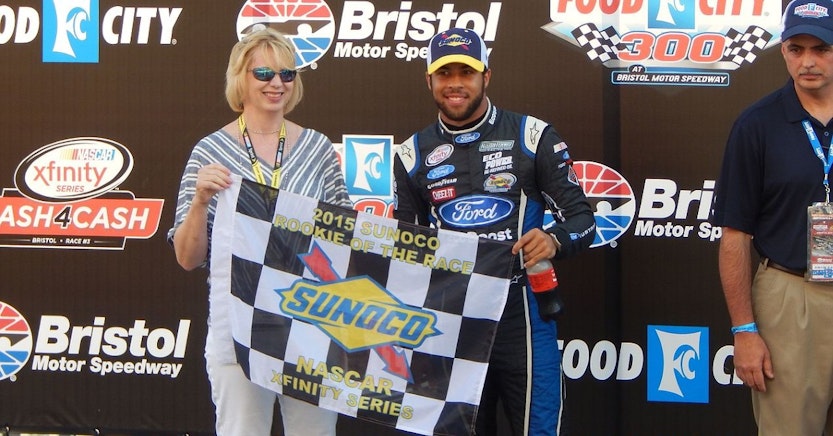 In a move that pleasantly surprised many, NASCAR has banned displays of the Confederate flag at all of its events and properties, citing a desire to be welcoming and inclusive to all. Bubba Wallace—NASCAR’s lone full-time Black driver—had been urging the organization to implement this ban for days before the announcement and praised their decision to listen.

“Props to NASCAR and everybody involved,” Wallace said. “It creates doors and allows the community to come together as one.”

“Well its been a fun ride and dream come true but if this is the direction NASCAR is headed we will not participate after 2020 season is over,” he said in a Facebook post. “I don’t believe in kneeling during Anthem nor taken ppl right to fly what ever flag they love.”

People have not been able to stop pointing out that Ciccarelli has not won a single race, giving him something in common with the Confederacy.

Ray Ciccarelli (0-31 in his career) has announced his retirement from NASCAR due to their decision to ban confederate flags. NASCAR is scrambling to find someone else to regularly finish 28th.

It's no surprise. Ciccarelli has never been good at anything race-related.

Honestly gotta respect Ray Ciccarelli for making his entire racing career an ode to the Confederacy by staunchly refusing to win EVER pic.twitter.com/LUxDADmimp

This decision by NASCAR may well have a significant impact on the demographics of their fans as a whole lot of racists declare that they won’t watch it anymore and Black people and other supporters of the Black Lives Matter movement figure they should give it a chance.

Online, former fans are airing the usual complaints with a lot of “all lives matter” being thrown around. They also don’t like Wallace’s new Black Lives Matter-themed car.

@RPMotorsports why are you allowing this political division to keep going now putting Blavk lives matter on a racecar. This is dividing us more and more!!!! Stop this now!!!

It was actually hard to quit watching the NFL…NASCAR is so boring now it’s going to be easy.

Great. NASCAR now has a Kaepernick. All lives matter. No one should never bow to other people. Great way to loose fans

Wallace has pointed out that during this time of civil unrest, people need to try and remember that it’s not just about them and to have compassion for others who are in pain right now.

“That’s the message we’re trying to get across: It’s not about you, it’s about a group of people that we are trying to bring together and make the world a better place for.”

NASCAR may be about to get a lot more fun.

I guess i can come outta retirement now since nascar acting right. pic.twitter.com/EVDpcjeO7U

Overnight ratings for last night’s NASCAR Cup race from Martinsville on FS1 are up +104% over the comparable race last season.

Who wants to throw a socially-distant NASCAR viewing party?