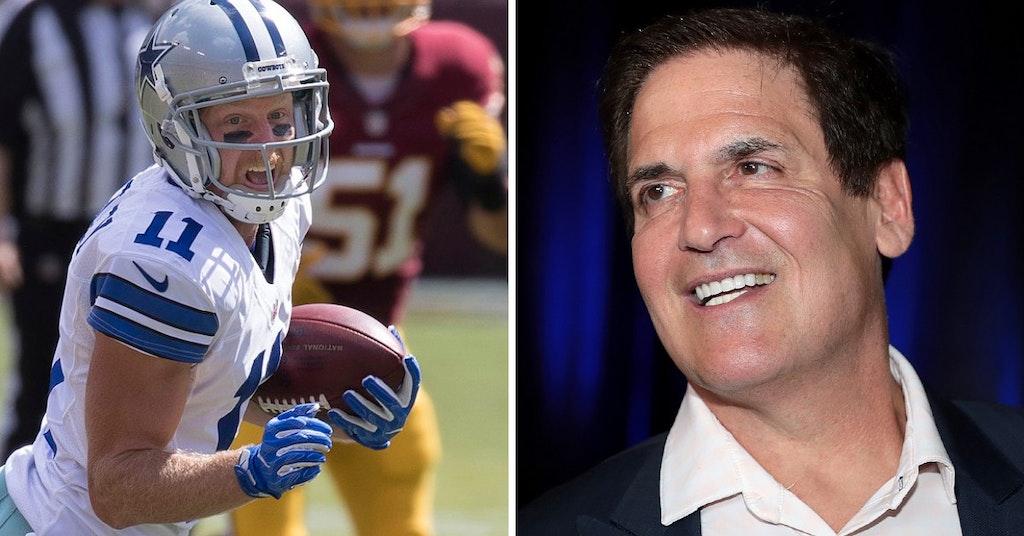 The anti-vaxxer football player who previously said he would quit his job before getting the COVID vaccine or even following protocols designed to keep unvaccinated players from getting sick and infecting others had another bright idea the other day, and it didn’t go so well for him.

Buffalo Bills wide receiver Cole Beasley tweeted on Tuesday that he would agree to get the vaccine on the condition that Pfizer (unclear if the same applies to Moderna or Johnson & Johnson) would give his wife a percentage of the profits they’re making from it.

Obviously Pfizer is not going to do this, but that doesn’t mean that the idea of Beasley’s wife earning money from Pfizer profits is out of the question. A lot of people, particularly those who make as much money as NFL players, make additional cash in this manner via the stock market. Billionaire Mark Cuban reminded Beasley of this and even offered to buy his wife some Pfizer stock if he gets the vaccine and encourages his fans to do the same.

“I’ll tell you what Cole,” Cuban wrote in a quote tweet. “You get vaccinated and promote vaccination on all your social, I’ll buy your wife a share of Pfizer stock. It pays a 3.78% dividend. That way she is getting a percentage of Pfizer’s earnings. Deal ?”

Beasley has not yet publicly responded to this offer. The current price for one stock of Pfizer is $41.42, or however that works, we don’t make Cole Beasley money here. Instead, Beasley has dedicated himself to exposing his ignorance about the way viruses work to the world, then sarcastically calling himself “dumb” when everyone called him out on it.

He’s really not helping to dispel the stereotypes about jocks right now. To be clear, getting tested daily does not make it impossible for one to spread a highly contagious virus, especially as false negatives with COVID have proven to be fairly common. Regardless, by the time you have a viral load high enough to test positive, you are capable of spreading that virus already. Even if you isolate immediately, it may be too late.

People like Beasley, largely conservatives, have adamantly refused to acknowledge this fact, dodging comments pointing out this simple fact like a running back on a breakaway dodging tacklers.

Beasley announced in June that he would decline to get the vaccine and indicated that he would rather be fined or even kicked out of the whole NFL than follow protocols designed to keep him and others safe while still allowing the football season to happen. His latest tweets claiming he gets tested daily suggest that he may have caved on at least some of the protocols, and it does not look like he’s been hit with a fine yet, which start at $50,000 for the first offense.

“I will be outside doing what I do,” Beasley said in his June statement. “I’ll be out in the public. If your [sic] scared of me then steer clear, or get vaccinated. Point. Blank. Period. I may die of covid, but I’d rather die actually living.”

“I don’t play for the money anymore. My family has been taken care of. Fine me if you want. My way of living and my values are more important to me than a dollar.”

He seems to have gotten closer to understanding that it’s not just about him, but that doesn’t mean he’ll be able to get past the denial that refusing the vaccine is going to put people around him and beyond at greater risk no matter what protocols he may or may not decide to follow.

Beasley’s comment about Pfizer profits came in response to what we think is a fine idea to encourage the rest of the NFL players who have not yet been vaccinated to get the shot, which is to offer to waive cannabis testing for the athletes, because who even cares if football guys smoke weed?