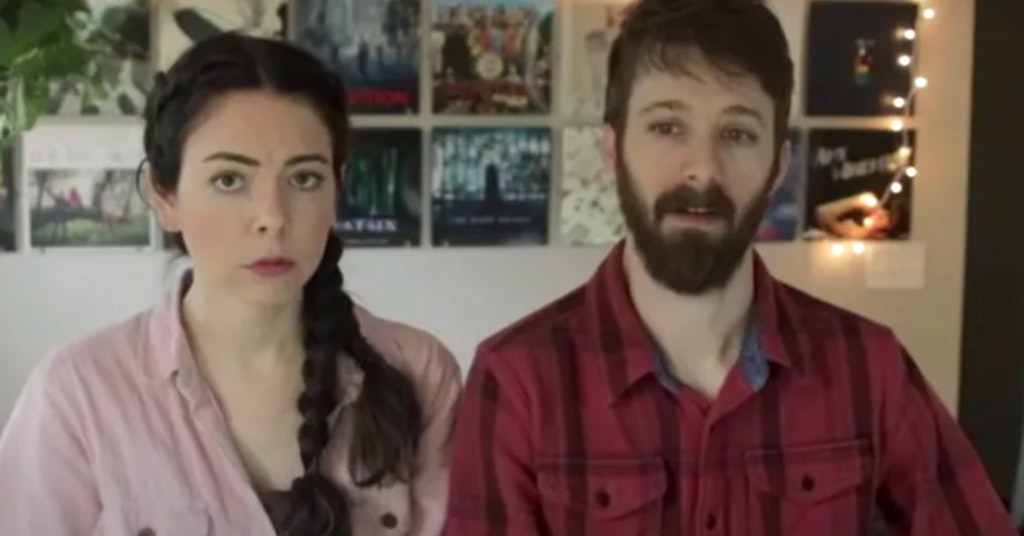 After ten years of content, some of it quite questionable, YouTubers Nikki and Dan Phillippi may have crossed a line too far. According to Junkee, the couple is both anti-vaxx and anti-mask, which seems like enough of a reason to unsubscribe. That’s not what pushed things over the edge.

The trouble began when they posted a long Instagram post about their dog, Bowser. They put him down even though he wasn’t sick.

The couple had the Bull Terrier for almost a decade when Bowser supposedly bit their one-year-old as the baby tried to steal its food. To deal with this, the couple decided it was time to put Bowser down, and do a celebratory photoshoot and YouTube video to commemorate the moment.

“We have some really sad news. McTrowsen, I’m so grateful for our time with you. You were a mini horse, a shark, a bear, a mouse, a dinosaur and Dans best friend all in one,” they began.

“Bowser had an aggressive side that reared its ugly head a few times over the years… and recently he bit Logan,” the message quickly switched. “After a lot of counsel, we decided it was time for Bowser to pass peacefully on. I know a lot of you will be shocked to hear this… my brain is still shocked. We didn’t want to make this decision… as I’m sure you can imagine. I’m not kidding when I say this was one of the saddest days of my life. That being said, I’m so grateful we got to hold him and kiss him in our home while he passed. We will miss you forever Bowser.”

The comments on the Instagram post, before it went private, are enraged. In the YouTube video, they clarified that the bite Bowser gave Logan only left a little mark, and they claimed that when they spoke with the Humane Society, they were advised to put him down.

“We contacted the Humane Society, and we had a long discussion with someone over there, and basically, she made it clear to us that rehoming Bowser was not an option as he had been with us from birth,” they said. “Even if you rehome a dog, it is still your liability if the dog were to attack someone.”

However, TODAY reports that there’s no record of the couple having spoken with the Humane Society of the United States, nor the Nashville Humane Association, where they are located.

With all of this drama stirred up, another video surfaced in which the Phillippis discuss why their plans to adopt a baby from Thailand fell through. You’re not allowed to show a baby on social media for a year when they have been adopted from that country.

“After you pick up your child, they are your child but you are not allowed to talk about them or share any images, photos, videos, anything about them online for a year,” Nikki said.

“So we were like going round the house like trying to figure out how this could work like ‘Hashtag baby blur face.’ What are we gonna do? Dan’s like, ‘Maybe we could deal with that for a year?'” Nikki continued.

They dropped the adoption idea because agencies are very wary of people who want to expose a baby in public for clout, which is why they weren’t allowed to adopt from Korea either. They didn’t really want a baby, they wanted a content mine.

The couple has disabled the comments on their YouTube channel and gone private, but there is already a change.org petition trying to get their YouTube demonetized with over 70,000 signatures. You can get away with a lot in America, but not being mean to a dog.