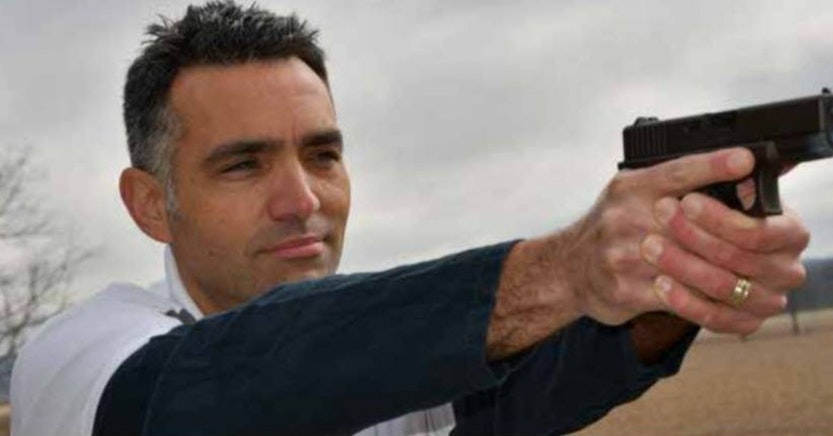 Ohio state representative Nino Vitale instructed his followers to “stop getting tested” for coronavirus infection in a Facebook post claiming that the government is using testing numbers as an excuse to create a “dictatorship.”

“Are you tired of living in a dictatorship yet?” he asks. “This is what happens when people go crazy and get tested. STOP GETTING TESTED!”

Are you tired of living in a dictatorship yet?This is what happens when people go crazy and get tested. STOP GETTING...

Vitale may be basing this logic on Donald Trump’s often-repeated claim that more testing makes him and the U.S. look bad because more tests means more positive tests. However, the Ohio representative seems to be taking this a step further by claiming that “the government” is basing its actions on the number of overall tests rather than the number of positive cases.

“It is giving the government an excuse to claim something is happening that is not happening at the magnitude they say it is happening,” he wrote.

The CDC and other public health organizations do often include the number of recovered patients in their reports, but tend to focus on those who are or could become sick due to the fact that those are the ones who are at risk of dying. The death rate has been reduced in recent weeks, likely due to the fact that hospitals are better prepared for the illness now than they were when the pandemic first hit.

Unfortunately, nearly 1,000 people still died from COVID-19 in the U.S. on Tuesday.

Vitale’s post is in response to the state of Ohio issuing mask mandates in several counties where COVID-19 cases are spiking, as they are in many parts of the country right now. The lawmaker said in May that he was refusing to wear a mask because it covers part of the face, which he called the “image and likeness of God.”

Although Vitale received some support from commenters on Facebook, people on Twitter do not seem to be big fans of this latest anti-mask statement.

Nino Vitale is a dumb @GOP lawmaker in Ohio where #coronavirus infections are rapidly spreading & he is telling constituents to “STOP GETTING TESTED” for #COVID19 because he doesn’t want the number to increase.

Wonder how he feels about that philosophy applied to immigration?🤔 pic.twitter.com/NT3QmhTL3I

If you have symptoms, if you've been exposed, get tested.

Fuck you, Nino Vitale- the same fucker that said he wouldn't wear a mask because he looks like god. pic.twitter.com/EnknwwCaXL

State Rep. Nino Vitale, wants you to stop getting tested for covid-19. This is what happens when you graduate from Ohio State University. pic.twitter.com/1AGGWMpouZ

GOP Nino Vitale says "Stop Getting Tested." Wearing a mask is what fascism looks like to conservatives. If they knew what fascism really was, they wouldn't have sided with peaceful protestors being attacked by, or innocent black people being murdered by, police. #BlackLivesMatter

Challenging FL’s Matt Gaetz for the title of ‘Most Moronic Politician in America’ is Ohio’s stunningly incompetent & vile Nino Vitale, from the state’s House of Representatives.

Nino Vitale making a hard run at being the dumbest person in Ohio. https://t.co/cKtwduO6mZ

with this trending, i am wont to remind everyone that State Rep Nino Vitale is a bad-faith actor and a terrible example of Ohioans and conservatives generally pic.twitter.com/miIxNUCpKp

The mask mandate in the affected Ohio counties goes into effect today at 6 pm.