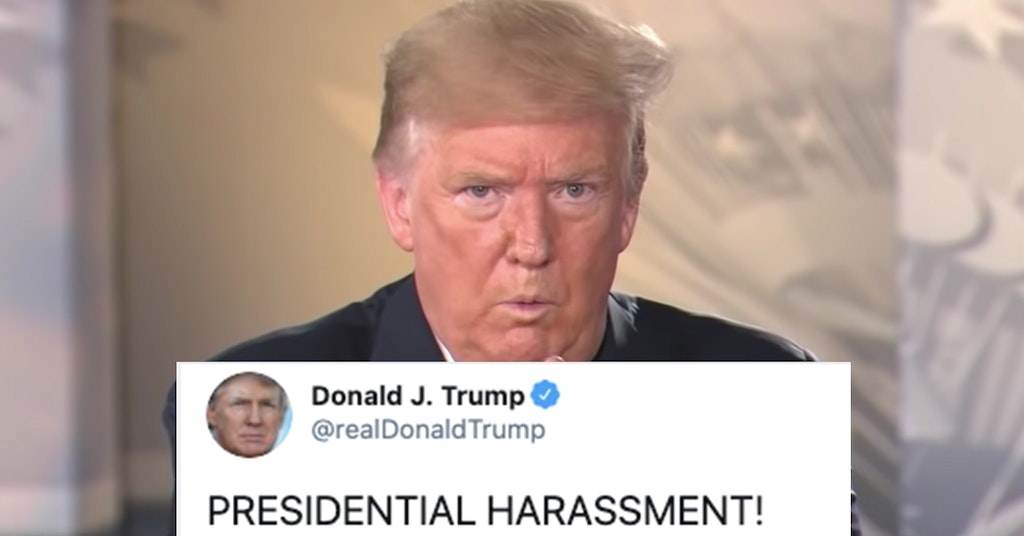 On Thursday, the Supreme Court ruled that prosecutors in New York can see the financial records of President Donald Trump. Trump has had his lawyers fighting a number of subpoenas from Deutsche Bank to Manhattan district attorney, Cyrus R. Vance Jr. Everyone has a different specific reason for wanting to see his financial records, but it usually boils down to seeing how he abused his campaign funds, committed tax fraud, and his illegal financial ties to businesses he has benefited while in office.

The decision was 7 to 2, with only Justices Clarence Thomas and Samuel A. Alito Jr. dissenting. Even Trump’s appointees, Justices Neil M. Gorsuch and Brett M. Kavanaugh voted in favor of revealing Trump’s records, though they did not adopt the official reasoning of the majority, The New York Times reports. Chief Justice Roberts wrote in his decision that “no citizen, not even the president, is categorically above the common duty to produce evidence when called upon in a criminal proceeding.”

The Supreme Court sends case back to Lower Court, arguments to continue. This is all a political prosecution. I won the Mueller Witch Hunt, and others, and now I have to keep fighting in a politically corrupt New York. Not fair to this Presidency or Administration!

Courts in the past have given “broad deference”. BUT NOT ME!

We have a totally corrupt previous Administration, including a President and Vice President who spied on my campaign, AND GOT CAUGHT…and nothing happens to them. This crime was taking place even before my election, everyone knows it, and yet all are frozen stiff with fear….

….No Republican Senate Judiciary response, NO “JUSTICE”, NO FBI, NO NOTHING. Major horror show REPORTS on Comey & McCabe, guilty as hell, nothing happens. Catch Obama & Biden cold, nothing. A 3 year, $45,000,000 Mueller HOAX, failed – investigated everything….

…Won all against the Federal Government and the Democrats send everything to politically corrupt New York, which is falling apart with everyone leaving, to give it a second, third and fourth try. Now the Supreme Court gives a delay ruling that they would never have given…

….for another President. This is about PROSECUTORIAL MISCONDUCT. We catch the other side SPYING on my campaign, the biggest political crime and scandal in U.S. history, and NOTHING HAPPENS. But despite this, I have done more than any President in history in first 3 1/2 years!

The news is actually a partial victory for Trump, despite this reaction. The decision means his records will be released to New York prosecutors but probably shielded from Congress and our curious eyes until after the election due to grand jury secrecy rules. Maybe even forever. That sucks, because you know there’s some good stuff in there. Anonymous, if you’re reading this, get those files!

Trump’s lawyers have argued that he is immune from all criminal proceedings and investigations as long as he stayed in office, so this is still something of a blow. But his lawyer Jay Sekulow tried to put a good spin on it.

“We are pleased that in the decisions issued today, the Supreme Court has temporarily blocked both Congress and New York prosecutors from obtaining the President’s tax records,” he said in a statement. “We will now proceed to raise additional constitutional and legal issues in the lower courts.”

So, it’s a mixed bag. Ultimately, it’s a pretty important decision because it does establish that a president cannot have total immunity from criminal prosecution. Seems like a good thing to be sure of:

SCOTUS sides with the NY prosecutor who subpoenaed Trump's financial records. "The President is neither absolutely immune from state criminal subpoenas seeking his private papers nor entitled to a heightened standard of
need."https://t.co/sC7UiCi4nj pic.twitter.com/5rNfiUYNoY

Now if only he actually ended up in jail.