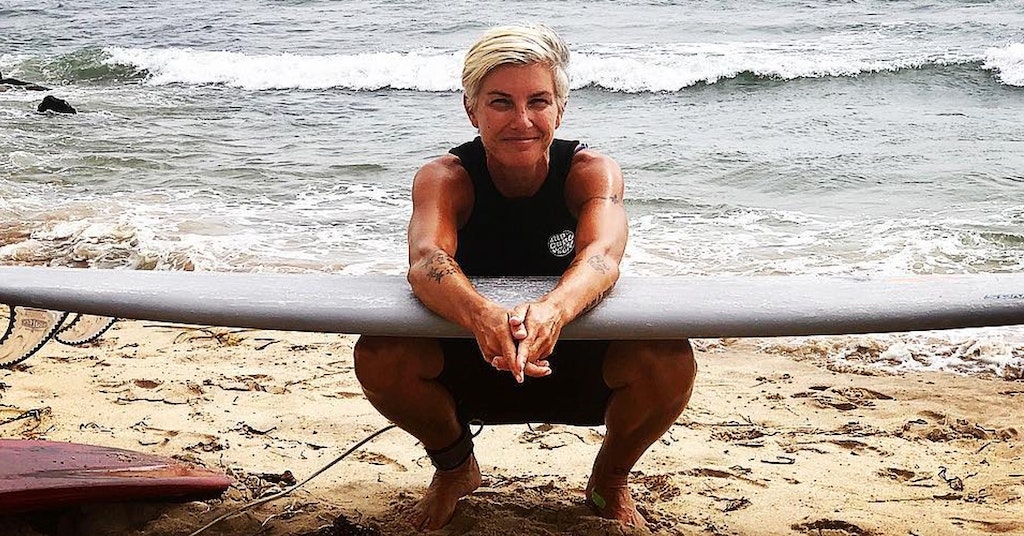 
With a limited COVID-19 vaccine supply in the United States, figuring out who qualifies for the highly desirable vaccinations sooner rather than later has been a whole process. There have been frustrations over essential workers not getting bumped to the front of the line across the country, and serious concerns that rich and influential people will be able to cut in front of others.

In New York, some of those frustrations are being taken out on a SoulCycle instructor who fudged the truth a bit in order to get her vaccine sooner than others — and bragged about it on social media.

Stacey Griffith took advantage of New York’s decision to move teachers to the front of the current vaccination line by referring to herself as an “educator,” something that one could possibly argue is true in the most technical sense of the term, but certainly did not match the intention of prioritizing teachers.

Griffith shared the news on Instagram, revealing that she drove a full hour to Staten Island for the first dose of the Moderna vaccine.

“It takes a village,” she wrote.

The instructor was immediately blasted by people who didn’t understand how she could have gotten the vaccine before people who are high risk or truly essential workers.

“Having me vaccinated can stop the short spread within groups!” she told The Daily Beast. “I function as a common point for many overlapping people…I can only teach to them if I am healthy myself.”

Griffith also told The Daily Beast that not all SoulCycle instructors would qualify to get a vaccine so early, suggesting that she views herself at an elevated “educator” level compared to other instructors.

Either way, the idea that a SoulCycle instructor is an absolutely necessary cog in the structure of a society functioning on fumes as we try to get a deadly virus under control is beyond laughable. If Griffith wanted to “stop the short spread within groups,” she could simply stop teaching her $800 classes for the time being. The world would spin on.

Apparently, the backlash was so great that she was eventually forced to issue an apology.

“I made a terrible error in judgment and for that I am truly sorry,” claimed the woman who had put so much effort into defending her decision just days earlier.

The bigger issue here may be how, exactly, Griffith managed to get the vaccine when so many New Yorkers who truly qualify are still having trouble accessing it. Still, the city confirmed that she should not have been able to receive that dose.

“Under Phase 1B, celebrity cycling instructors are ineligible for vaccination,” someone from the mayor’s office replied to The Daily Beast.

Even if people are finding a way to circumvent the guidelines and get vaccinated when they shouldn’t be, it’s the thinking that bragging about it on social media is a bright idea that really makes everything truly absurd.