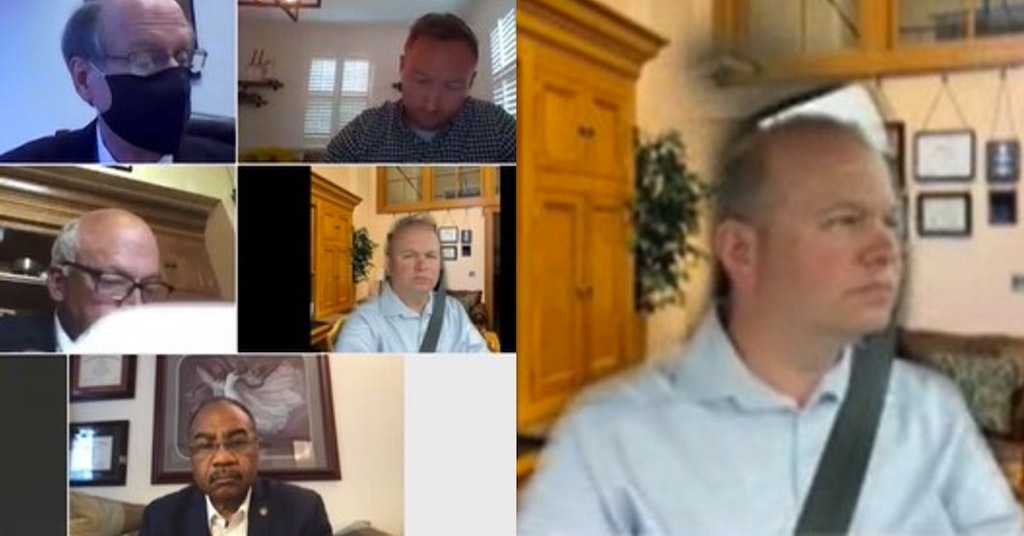 An Ohio lawmaker has found himself in a bit of a jam after attending a virtual meeting about banning distracted driving while actually driving in his car.

Andrew Brenner, a Republican member of the Ohio senate, was among those in a meeting of the Ohio Controlling Board on Monday to discuss several matters of business, including the introduction of House Bill 283. The bill would ban distracted driving in the state, including texting, taking photos, viewing videos, live streaming, or even holding a phone while driving.

It seems as if Brenner may have wanted the other participants to think he was at home. He was using a Zoom background of an office during the call, and the giveaway wasn’t just the faint outline of something else surrounding him—it was also the seatbelt strapped firmly across his chest.

The absurdity of the entire thing quickly gained attention, with people calling Brenner out for being unsafe and setting a poor example for others.

But Brenner hand-waved the whole thing away, insisting that he wasn’t distracted at all.

Somehow, “I do this all the time” doesn’t actually make the most compelling excuse.

But regardless of how safe Brenner believes he was being, most people were more interested in making fun of him for the confounding and half-assed attempt to pretend he was in an office the whole time.

If House Bill 283 gets passed into law, Brenner may have to find another way to pretend to be paying attention to meetings. Or maybe he can just set up a better Zoom background.