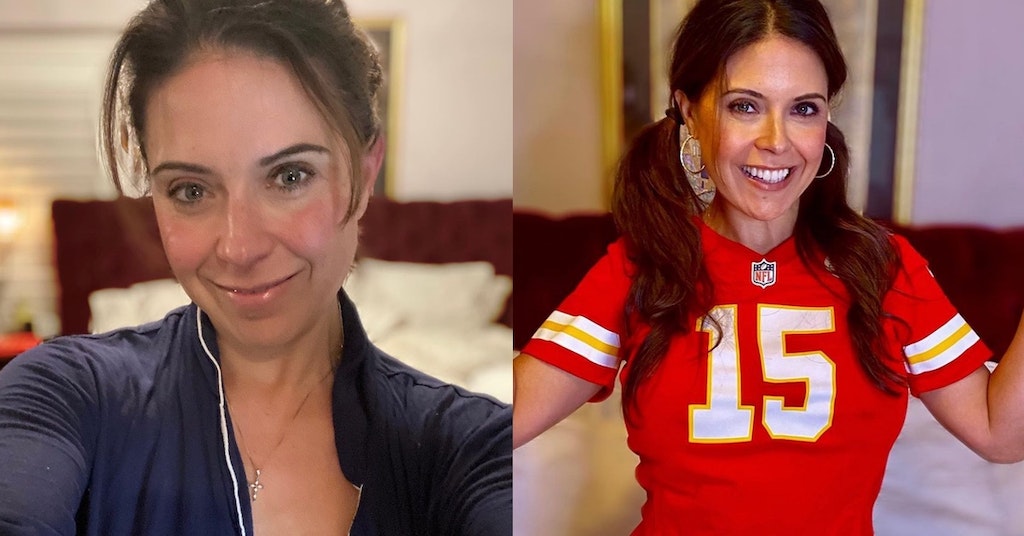 
Parents upset about one woman’s OnlyFans activities are reportedly taking it out on the woman’s children, going so far as to try to get them kicked out of school.

Tiffany Poindexter runs the account with the help of her husband, Chris, who takes all of her photos and videos of her doing everyday household things in sexy clothing.

While she says she originally started sharing pictures on Reddit to help herself feel more confident and make her “marriage more exciting” (with her husband’s support), the photo business has since started bringing in over $150,000 a month.

“It’s something we just completely fell into, we had no idea how successful it would become,” she said. “We started in September 2019 and no one knew about it. No friends, family or anyone. It was a sexy secret between me and my husband that was so exciting and fun.”

But with more attention comes more scrutiny, and the account was eventually discovered by parents of the Poindexters’ children’s classmates.

Despite the fact that there are limited ways one could “stumble across” an OnlyFans account, Poindexter says the discovery didn’t sit well with some, and a group of mothers decided to be pretty petty about the whole thing.

“Some women from my area actually printed out pictures I posted on my OnlyFans and mailed them to the principal of my children’s school,” she said. “We were called a load of names; apparently it was ‘disturbing, disgusting, horrifying’ and ‘my children should be kicked out!’”

While the principal declined to take action, the women allegedly didn’t stop there. Poindexter says they also contacted others throughout the community, including the local priest and bishop, and started groups to harass and gossip about the whole family.

She also shared screenshots with The Sun of texts she received from people who appear to have been offended by her hobbies.

“You are an embarrassment to the school and your kids!!!!” reads one such text.

However frustrating the negative attention has been, Poindexter says it hasn’t deterred her and Chris from continuing their lucrative business.

“There are certain people who just won’t leave us alone but 99% of people who find out really don’t care at all,” Chris said. “I reckon most of the husbands have taken a look at Tiffany’s account…Maybe that’s why these women have such an issue with us.”