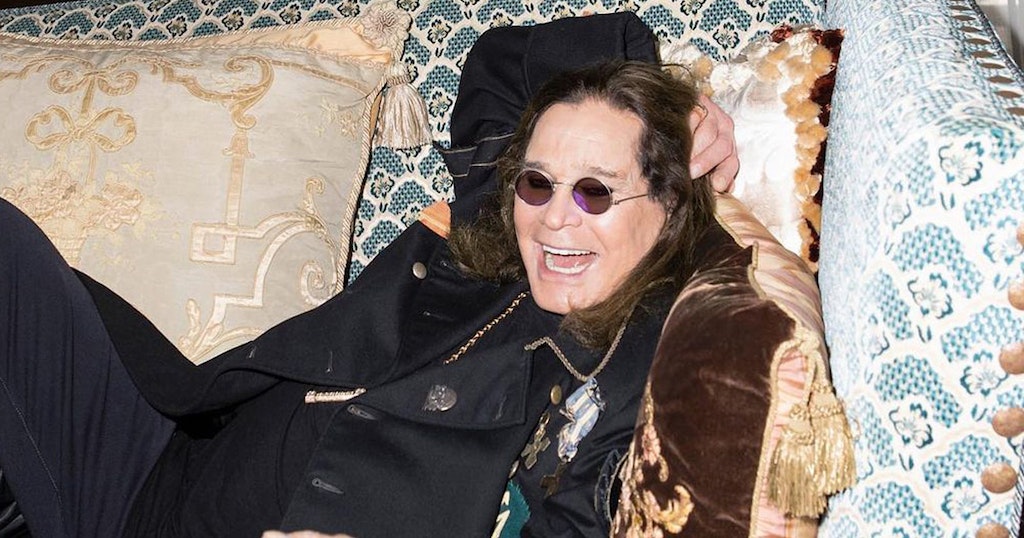 It pays to be the Prince of Darkness. You get to bite the heads off bats and doves, “allegedly” snort ants, kinda-sorta urinate on the Alamo, and unintelligibly mumble your way through the first wildly successful celebrity reality show. Also, apparently, the Dark Lord will protect you from COVID-19.

Yes, you read that right. In a very tongue-in-cheek statement to Metal Hammer, Ozzy Osbourne recently credited Our Dark Lord Satan with protecting him against the COVID-19 pandemic, even as other members of his immediate family fell ill.

(Ozzy’s current TV show is based on the premise that he’s actually pretty skeptical regarding the supernatural, so everyone just settle down.)

It’s public knowledge that Sharon, Ozzy’s wife, contracted COVID-19 last December. It’s unknown, though, when his daughter Kelly tested positive. But at the start of the pandemic, in March of 2020, Kelly started a social media campaign to help protect the vulnerable. Using the hashtag #StayHomeForOzzy, Kelly encouraged self-quarantine as a practice to protect high-risk individuals from catching the disease.

Ozzy himself is in a few high-risk categories, being 72 years old and recently diagnosed with Parkinson’s disease. He announced his diagnosis only two months before the pandemic began. Prior to that, he needed surgery to repair a broken neck from a bad fall. Presumably, he’s stepped up his offerings to the Dark Lord since those infirmities first afflicted him.

Osbourne is in the process of creating a follow-up to his 2020 album, Ordinary Man.

“It’s going to be similar in tone to Ordinary Man,” he says, “but I can’t describe it completely. I’ve not heard it for a while because it keeps going over to the next person to add their parts—we’re f**king around with it all the time.”

There is currently no known release date or even title for the record. However, guest artists are rumored to include Eric Clapton, Jeff Beck, Black Sabbath’s Tony Iommi, and Osbourne’s longtime collaborator Zakk Wylde.