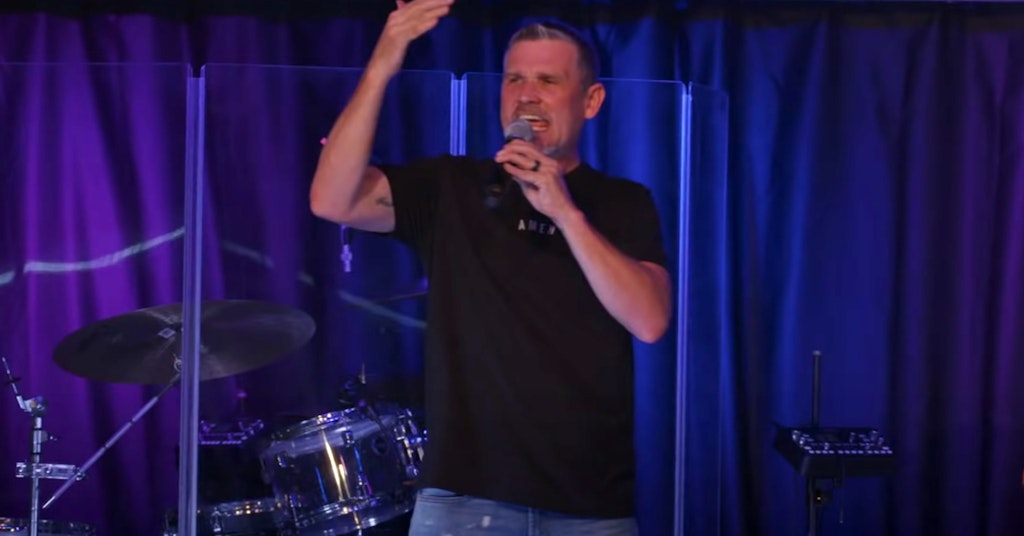 An internet-famous pastor is proving yet again that there’s no hypocrisy quite like Christian hypocrisy.

Pastor Greg Locke shot to social media relevancy years ago while condemning Target’s gender-neutral bathrooms. Since then, he has made a point of walking a hard conservative line on every issue that the internet seems to be talking about, using the divisiveness in the United States for attention and fame.

But a recent tweet is calling to mind Locke’s own sordid past.

“No, we will not move on. You cheated. Freedom and truth will prevail,” he wrote.

While there is no further context than that, the tweet seems to be about the presidential election, as Locke has previously claimed that Donald Trump is still the “legitimate” president while calling Joe Biden “demon-possessed” (and promoting QAnon conspiracy theories).

But Pastor Locke’s use of the word “cheated” might have called forth some unwanted attention.

While there is zero proof that anyone cheated or committed mass fraud of any kind to win Biden the presidency, Locke himself was rather credibly accused of cheating on his wife several years back.

He continuously denied the accusations, but ultimately divorced his wife and married the woman he was accused of having an affair with not long after, which is more than a little suspicious.

Still, Locke continued to preach against divorce for others, insisting that God offers forgiveness and he’ll “learn to be a way better husband” this time around — definitely not something supported by an intensely conservative interpretation of the Bible, which more commonly lends itself to the claim that, in most cases, remarrying after divorce is actually partaking in sin.

Either way, his insistence that he should be absolved of his own cheating while making unsubstantiated accusations of cheating against Biden and refusing to “move on” is an amusing — and ultimately expected — turn of events.

Pastor Locke has already moved on to the next trendy thing, making headlines this week for yet again pretending COVID is a hoax and telling his congregation that anyone who wears masks to church will be kicked out. Totally seems like something Jesus would do.