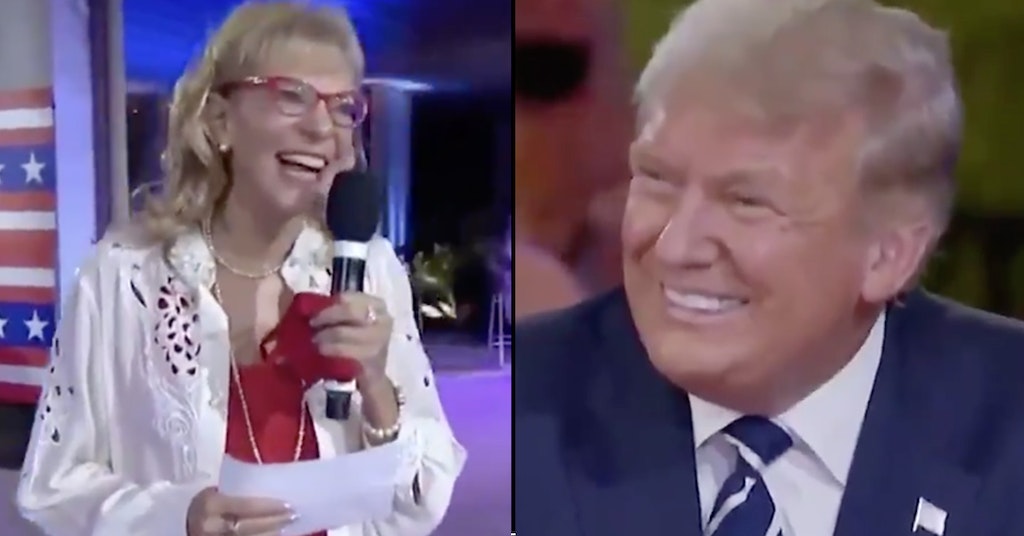 An undecided voter at last night’s town hall at Perez Art Museum in Miami appeared to leave President Trump blushing and many on Twitter gagging after she complimented his “great smile.”

Paulette Dale, who is a registered Republican but leaning towards voting for Donald Trump challenger Joe Biden, kicked off her question about Deferred Action for Childhood Arrivals (DACA) with, “Good evening, Mr. President. I have to say, you have a great smile.” She then broke into an ear-splitting grin.

“He does,” she gushed, to a smattering of audience applause. “You’re so handsome when you smile.” The remarks elicited several “thank yous” and toothy grins from Trump, who quickly straightened and assumed a serious expression as Dale began to recount her family’s immigration story.

Dale’s shameless flirtation with the president did not go unnoticed.

Despite her appreciation for Donald Trump’s smile, Dale apparently does not actually like the president.

Speaking to the Miami New Times, Dale said: “I wish he would smile more and talk less” before reportedly explaining that the president “steps in it every time he opens his mouth.”

“I think the man has a nice smile. However, I’m not a fan,” said Dale.

This hasn’t stopped folks on Twitter from gunning for Oscar-winning actress Allison Janney to play Dale in this week’s SNL episode.