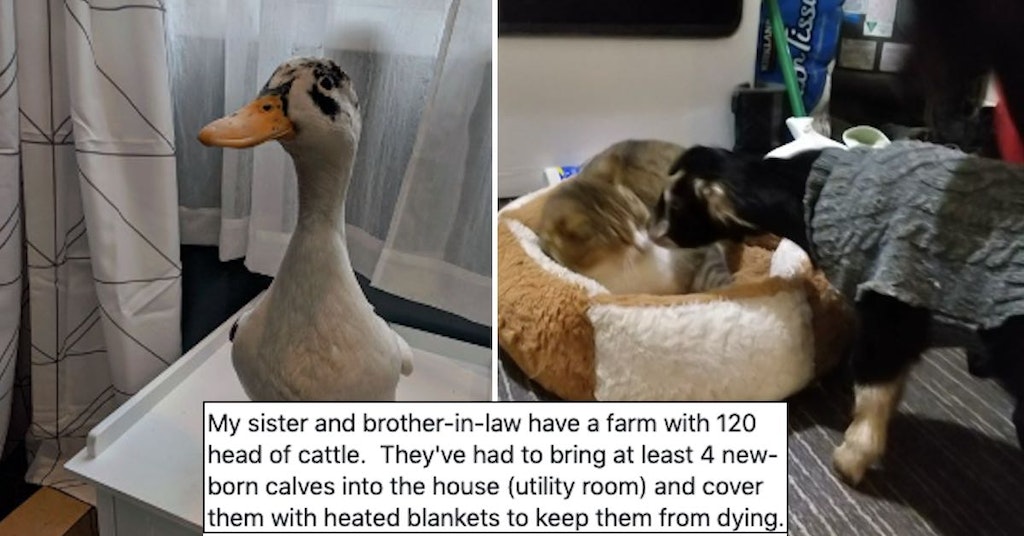 
Cold weather is sweeping the south and that’s a rare enough occurrence that many places aren’t able to handle the climate shift. Most notably, Texas is experiencing state-wide power outages that have left some without power for days.

Multiple people have died trying to stay warm, either through fires, monoxide poisoning, or freezing to death in unheated homes. The roads and bridges are icy, making evacuation dangerous or impossible.

With all of that going on, it took a minute for people to remember the other vulnerable living things stuck in this unexpected disaster: farm animals.

As Insider reports, larger farms are generally better equipped to handle extreme cold. But for the smaller homesteaders and farmers, other measures have to be taken. They're bringing their pals inside.

After journalist Yashar Ali tweeted about the people resorting to bringing farm animals into their living rooms, people started sharing pictures of their ducks in the bathroom, cows in front of the fire, and chicken in tents. And then there's this TikTok from an animal rescue:

They're serious about keeping their animals safe, even if the couch gets ruined. Remember—if you're cold, they're cold. Bring them inside!