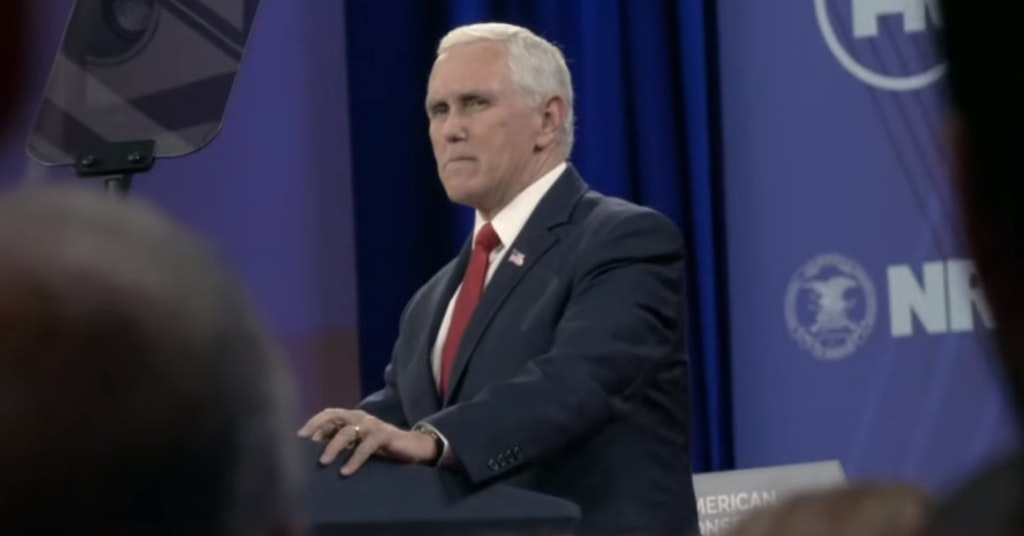 
Pharmaceutical company Pfizer refuted Mike Pence’s attempt to credit the Trump administration for a coronavirus vaccine they’re developing and which they claim is 90 percent effective. After the company announced this impressive early finding on the highly anticipated vaccine, Mike Pence broke his post-election silence for a desperate attempt to make the Trump administration look good.

However, Pfizer did not consider itself to be part of Trump's "Operation Warp Speed."

"HUGE NEWS: Thanks to the public-private partnership forged by President @realDonaldTrump, @pfizer announced its Coronavirus Vaccine trial is EFFECTIVE, preventing infection in 90% of its volunteers," Pence tweeted.

Not long after Pence's tweet, Pfizer told The New York Times that they did not have a partnership with Donald Trump or his administration for the development of the vaccine and had been left out of their efforts to rapidly develop a vaccine for COVID-19.

"We were never part of the Warp Speed," said head of Pfizer vaccine development Dr. Kathrin Jansen. "We have never taken any money from the US government, or from anyone.”

This appears to be a true statement in regards to the development of the vaccine. Pfizer only made a deal with the Trump administration over the distribution of this vaccine, agreeing to provide the U.S. with 100 million doses for the price of $1.95 billion. However, this will not go into effect until the vaccine is approved and ready for distribution, and it's simply not there yet.

The 90 percent effectiveness statistic was announced by Pfizer in its own press release but has yet to be confirmed by an independent review. There is still testing that needs to be done before the vaccine can meet the baseline standards to ensure it's reasonably safe for public consumption.

“We need to see the actual data, and we’re going to need longer-term results,” said Georgetown University professor of medicine and infectious diseases Jesse Goodman to the Times.

"And they all knew it but kept it from the public on purpose," Don Jr. wrote in a reply tweet to Laura Ingraham. "Big Pharma hates Trump for taking on the gouging of Americans with drug pricing while offering the same drugs elsewhere in the world for pennies in the dollar."