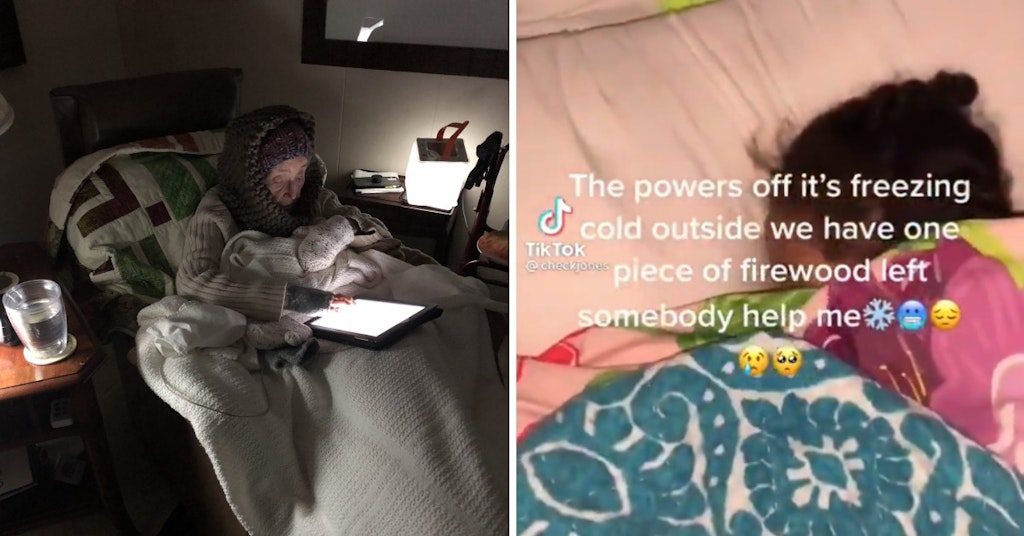 
It’s now been several days since snow and ice storms with freezing temperatures hit the U.S. South, slamming states that were not ready for this kind of weather, and Texas is still reeling with power outages affecting millions.

Thanks to the state being on a separate power grid from the rest of the country in order to dodge taxes and regulations, such as requirements to weatherize their natural gas pipelines, Texans have been left literally in the cold.

As the days wore on, photos have begun to spread of people taking desperate measures to keep warm, feed themselves, obtain clean drinking water, and generally survive. Some of these measures have ended in tragedy, with multiple people dying of carbon monoxide poisoning from trying to heat their homes with their cars and gas stoves.

The images spreading across the internet have people wondering how the richest nation on Earth with supposedly the best government and economic system ever ended up looking like a developing country. People are chopping up their furniture for firewood, waiting in long lines to get water, and picking over empty grocery store shelves.