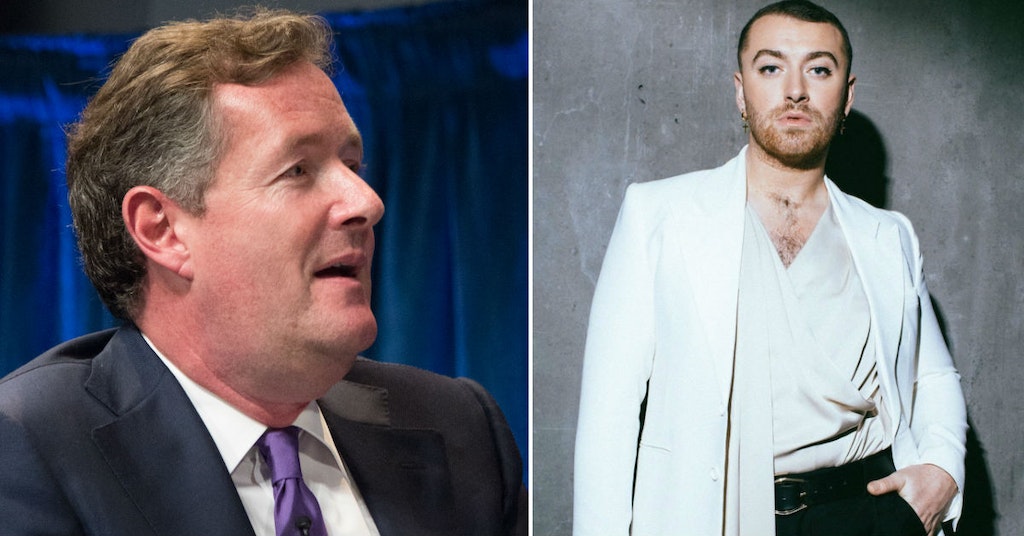 British television personality and often-mocked bigot Piers Morgan is still utterly incapable of grasping the idea of being outside the gender binary, as evidenced by a recent tweet yelling about non-binary singer Sam Smith daring to wear clothing labeled as menswear.

Sorry, WHAT? I thought you were now ‘gender non-binary’? Are you back to being a man again? https://t.co/BZxCU0skwy

Sam Smith came out as genderqueer in 2017 saying that “I feel just as much a woman as I am a man.” Like many singers, they dabble in fashion and modeling and often switch back and forth from clothing labeled as being for men and clothing labeled as being for women. Currently, no major fashion companies make clothing that is specifically “non-binary-wear” or whatever Morgan thinks Smith should have to wear in order to remain genderqueer.

It does not appear that Morgan has ever had a similar outburst after Smith modeled clothing made for women.

Smith themself has made a point to explain that clothing should not be gendered, and it’s not their fault that fashion companies continue to do so. Regardless, women are perfectly able to wear menswear and retain their gender, and vice versa, and Smith remains genderqueer. Even the fashion label that created the clothing Smith modeled understands that.

“We believe that in these times we should not even consider that something is predestined exclusively for a specific gender,” said a Mans spokesperson to PinkNews in response to Morgan’s tweet.

Meanwhile, Twitter users of all genders are trying to educate Morgan on what it means to be non-binary, no matter how futile the efforts might be.

Clothing =/= gender. A nonbinary person can wear “mens” clothing if they want; that doesn’t make them a man. Sam has stated they’re nonbinary so that’s what they are. They just happen to be modelling menswear in that particular photo.

Non-binary means not seeing yourself as male or female therefore they can wear clothes traditionally associated with either gender – I really don’t understand why this bothers people so much.

Please stop insulting Sam who’s hurt no-one. A close friend of mine is non-binary and it’s important to know what it means so non-binary people can be understood. That’s what @samsmith is seeking. Beyond that there is a sweet, generous, kind person who deserves respect.

Others are, understandably, just done.

Yesterday was Greta, now Sam Smith
Also this year you have targeted Little Mix , Meghan Markle and Greggs vegan sausage rolls… isn’t it about time you stopped abusing your public platform ? If you are having a late midlife crisis, perhaps you can seek professional help?

If you don’t get it, maybe just stop talking about it, Piers.