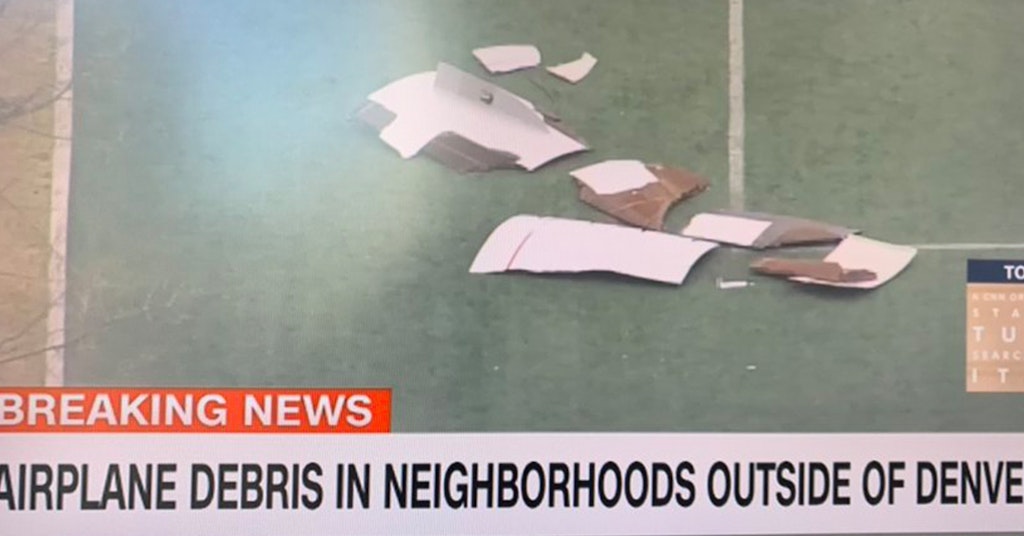 Plane Debris Rains Down On Colorado After Engine Fails Mid-Flight


Adding to the overwhelming apocalyptic feel of modern times, plane debris dropped out of the sky on Saturday, raining down into people’s yards in suburban Colorado after a United Airlines flight suffered engine failure.

Not long after a Boeing 777-200 took off from the Denver International Airport, the pilot cut the trip to Hawaii short, reporting engine failure almost as soon as it was in the sky.

Video taken by a passenger on the plane itself is harrowing, the absolute last thing you want to see when you’re up in the air with only the aircraft keeping you afloat

But it was the footage and photos from the ground that first caught people’s attention.

Families on a neighborhood soccer field had to jump in their cars and head back home after realizing scraps of metal were literally falling down from the clouds. Of course, some stopped to record the phenomenon, which feels like a seamless addition to the horrors that this year has already seen.

Pieces of the plane also landed in yards, crashed through ceilings, and crushed vehicles, alarming homeowners who ran to take cover.

Fortunately, no injuries have been reported from either the plane or the ground, leaving Twitter free to make awestruck jokes about the surrealness of the whole situation.

In case anyone was looking for yet another reason not to travel during the pandemic…here it is.