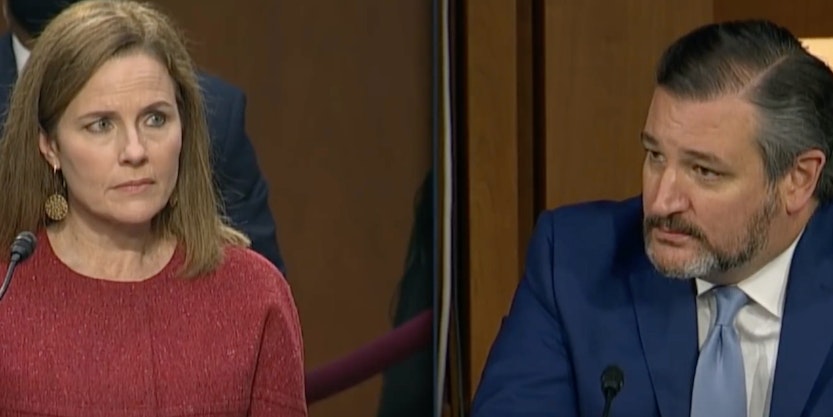 To reemphasize, birth control pills and other contraceptive medications, such as Plan B, prevent conception or implantation.

In attempting to support his factually incorrect comments, the Texas senator referenced the controversial Supreme Court case of The Little Sisters of the Poor Saints Peter and Paul Home v. Pennsylvania in discussing assumed threats on religious freedom.

The Little Sisters of the Poor desired an opt-out from parts of the Patient Protection and Affordable Care Act, which enforced a “mandate that health plans provide coverage for all Food and Drug Administration-approved contraceptive methods.”

However, citing religious rights, the Supreme Court ruled in July that organizations could opt out of the “Obamacare” requirement to render contraceptive care.

Through a statement from Alexis McGill Johnson, president and CEO of the Planned Parenthood Action Fund, the organization called the ruling “egregious.”

“The dual public health crises of COVID-19 and systemic racism and violence are pushing people, our health care system, and our economy beyond their limits, and yet today, the Supreme Court has allowed the Trump administration to make essential health care even more difficult to access,” Johnson wrote. “Restrictions like this target Black and Latinx people who are more likely to be low income and for whom basic health care has always remained out of reach, because of historic and continued underinvestment in access to affordable care. This decision will only make life harder for the very people who are keeping our economy afloat during this pandemic and fighting in the streets for the right to control their bodies and lives.”

Planned Parenthood went to Twitter to admonish Cruz for repeating a past sin. Quote-tweeting its tweet from October 2015, where the organization first called out Cruz during a GOP debate for referring to birth control pills as “abortion-inducing drug[s],” they went back on the offensive.

The previous tweet mocked him as a “Gynotician,” which the Planned Parenthood website defines as “a politician who feels more qualified than you or your doctor to make your personal health care decisions.”