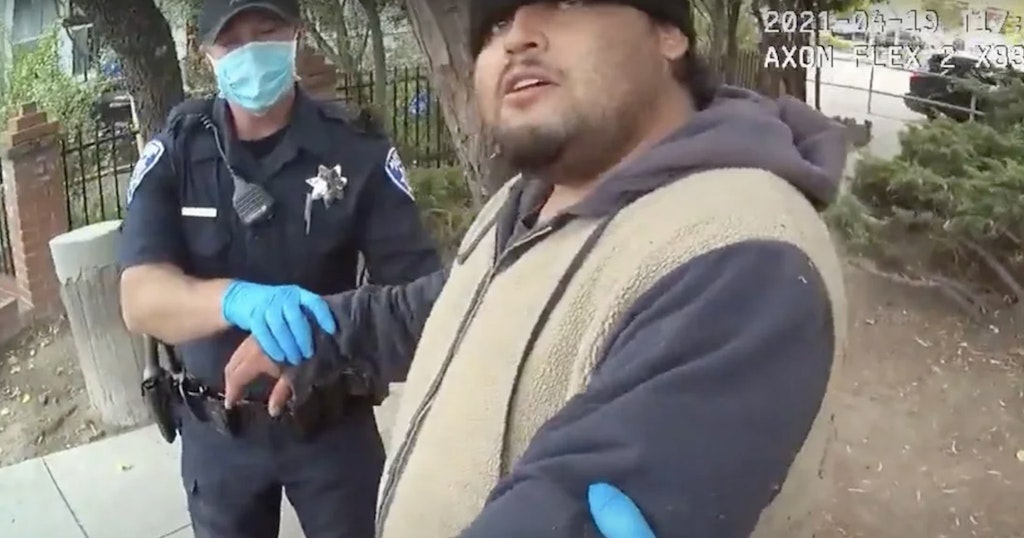 Bodycam footage has been released after a California man died in police custody — and it seems to contradict what officers had initially claimed happened.

Police previously claimed that 26-year-old Mario Gonzalez died from a “medical emergency” following a “scuffle” with law enforcement that resulted in them detaining him.

However, the footage shows that Gonzalez spoke calmly with officers for nearly 10 minutes in a park in Alameda, California, after someone called 911 to report a man talking to himself. He had several bottles of alcohol with him and appears to have been intoxicated in the video, but didn’t seem to be causing any issues.

After the officers told him to put his hands behind his back, Gonzalez struggled and they pinned him to the ground. Two officers then kneeled on his back for five minutes as he asked them to stop.

At one point, an officer asked if they could turn him on his side instead, but another said no. There was also a brief disagreement about putting so much weight on him. Shortly afterward, he became unresponsive.

Police attempted CPR and declared that he had “no pulse,” which seems to contradict their initial report that he died at the hospital.

Many of the things that point to potential police culpability in Gonzalez’s death were left out of the police report, including the fact that they were kneeling on his back at all. He was also painted as violent and dangerous when the footage clearly shows that was not the case.

“Everything we saw in that video was unnecessary,” his brother Geraldo said at a press conference. “APD took a calm situation and made it fatal.”

Comparisons are already being drawn between Gonzalez’s death and that of George Floyd, though an official cause of death has yet to be determined in the case of the former until an autopsy is performed. All the same, it’s impossible to ignore the similarities, as both men struggled, unarmed, under the full weight of police officers who refused to acknowledge they were doing harm.

Investigations have been opened into Gonzalez’s death by the Sheriff’s Department and the District Attorney’s Office, as well as an independent outside investigation.

In the meantime, the officers involved have been placed on paid administration leave.