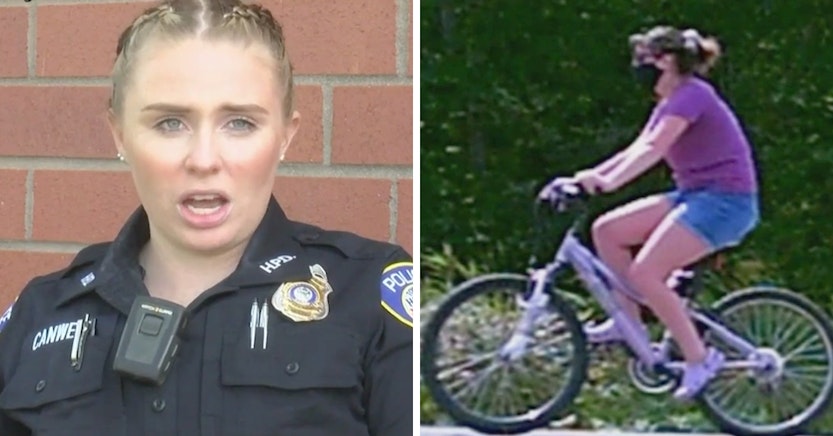 An underage girl in Hampden, Maine has been accused of picking up dog feces and inserting them into the mailboxes of individuals with Donald Trump campaign signs in their yards. The girl, initially identified as an adult woman, reportedly confessed after local police posted a photo of her on a bike and asking for help in identifying the suspect. She is also accused of “defacing” these signs by writing “comments” on them.

“She has been picking up dog feces and putting it in mailboxes, specifically of people who have Trump signs outside and she has been also defacing Trump signs, writing comments on the signs,” said Hampden Public Safety officer Alyshia Canwell.

The victims of the poop prank were, of course, upset to find the unfortunate delivery in their mailboxes, but upon learning that the alleged culprit is a minor, they have reportedly elected not to press charges.

The alleged crimes of sign commenting and mailbox tampering seem to have taken place on September 13 and 14. Meanwhile, even commenters who disapprove of her actions can’t help but make poop jokes.

“What is wrong with people, can’t wait for 2021,” wrote one individual on Facebook according to LADbible. “I am so over all this cr*p, no pun intended.”

Many other commenters have accused the girl of actual mail tampering, correctly pointing out that it’s a federal offense. However, mail tampering seems like it may only apply to interfering with actual letters or packages, and the legal code on the matter does not address the action of putting something unwanted in someone’s mailbox.

It could possibly be considered as vandalism of federal property, which is also a really big deal. We do not recommend putting poop in people’s mailboxes no matter what your age.

Jokes, however, are definitely not illegal.