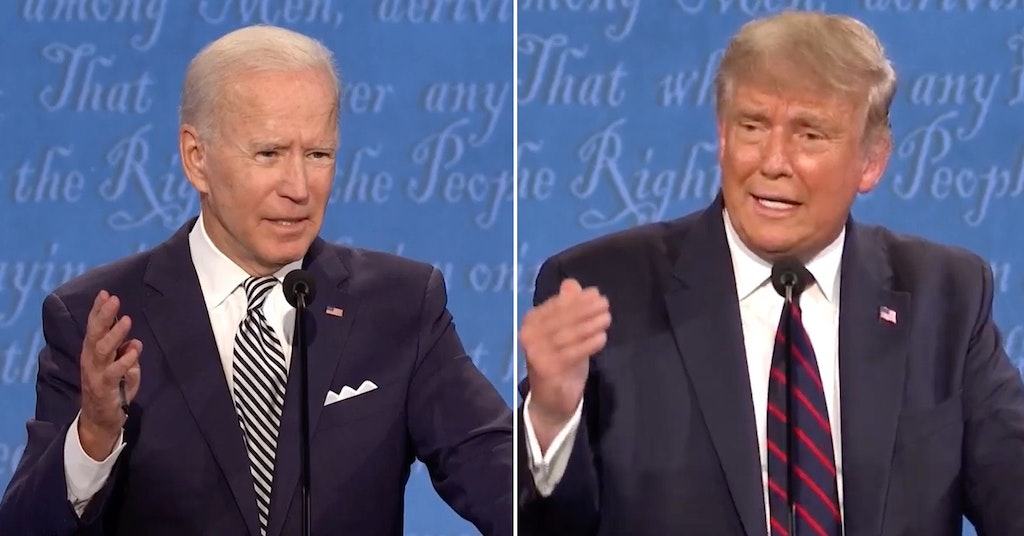 If you missed out on the first presidential debate last night, well, you didn’t really miss much. What used to be a standard, more-or-less civil presentation and debate on the issues effecting Americans was instead a free-for-all interruption fest filled with lies, bullying, and non-stop headaches for everyone watching.

Or as far too many viewers pointed out, it was basically like being in the middle of a kindergarten class except with a completely ineffectual teacher who can’t the most obnoxious child under control despite best efforts.

If you were watching, nothing about it was funny. It was an even more sober look at the state our country is currently in and what we could face for the next four years if the meanest, dumbest kid on the playground somehow gets re-elected.

But if there’s nothing else the American people have honed over Trump’s presidency, besides newfound drinking habits, it’s a dark sense of humor. And people had plenty of jokes to make while suffering through those 90 minutes of utter chaos.

First, there were those looking towards outside coping mechanisms for the trainwreck that was debate #1.

And a lot of folks expressed their frustration with moderator Chris Wallace’s inability to rein in Trump’s constant interruptions — aka do his job.

Others had ideas for how to make those 90 minutes of pure hell at least marginally better.

But most viewers could barely process anything they were watching.

…and desperately wanted it to end.

But at least there was this:

And yes, it is real.