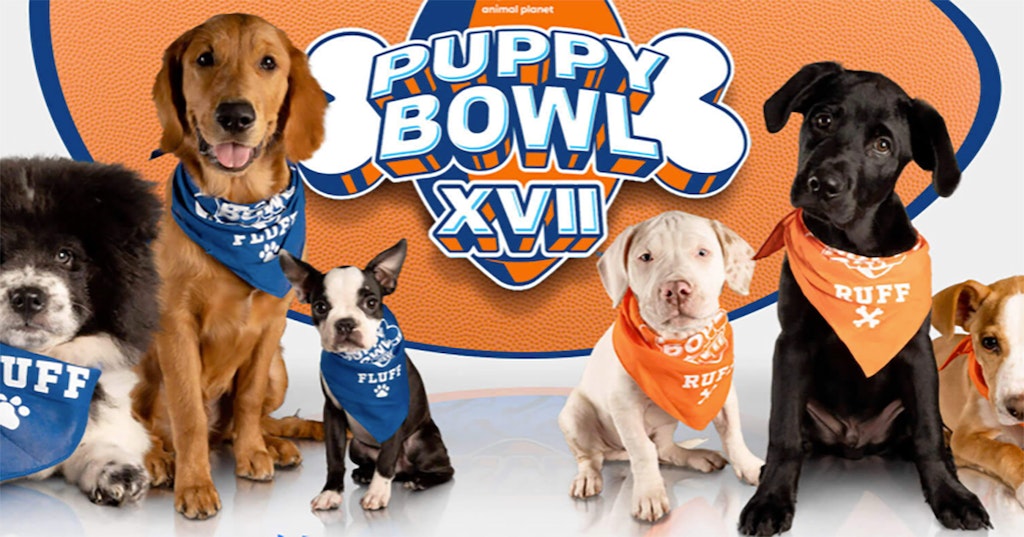 The Puppy Bowl is a wholesome and entertaining show, tied to Super Bowl weekend festivities, that seems by its very nature would be immune to links to QAnon. But that’s the magic of QAnon—as a writer’s revealed on Twitter, QAnon believers are connecting cute frolicking puppies to the Q-niverse.

Writer Arieh Kovler posted on Friday, “There is a QAnon theory that this weekend’s Puppy Bowl XVII (17, geddit?) is somehow linked to or predicted by Q and Trump. Maybe the real storm was the Puppy Bowl all along.”

(The letter “Q” is of course the 17th letter of the alphabet.)

The tweet then shows a promo for the event, streaming at 2pm ET on Discovery+ and airing on Animal Planet, coupled with screenshots tying Q and former President Donald Trump to “puppy” mentions.

QAnon believers specifically grabbed onto the phrase “Will make the Super Bowl look like a puppy show,” perhaps insinuating that the promised “Great Awakening” will somehow tie into one of the two events.

He also added, “Oh, and some anons are linking it to the Dogecoin surge, of course,” part of a recent trend of investors going in on unlikely investments to call our whole financial system into question.

One user had fun tying corgis to some of the more outlandish QAnon conspiracy theories, writing, “Yeah you haven’t heard that every time a corgi opens its 3rd eye, the deep state will be sent a 5G message by Hugo Chavez confirming a socialist pizza cabal that only exists because of Jewish space lasers. Corgis, man.”

One represented the sentiment — likely shared by many — that going after the Puppy Bowl is a bridge too far.

“Why do they have to defile even the Puppy Bowl??” BarbBeingBarb asked, adding, “This means WAR.”

Finally, one person on Twitter had the courage to effectively ask, “But what if, this time, they’re right?”

“Can we all just take a minute to appreciate how hilarious it would be if this one were actually correct?” asked Vorname McNamee. “Like out of all the possible times to start ‘the Storm,’ they decided it had to be the Puppy Bowl because the year number matches the number of the alphabet Q is?”

In the meantime, you can check out Team Ruff and Team Fluff, who may or may not be preceding the Trump-led mass executions of the child-abusing cabal that is at the heart of the implausible Storm conspiracy theory.