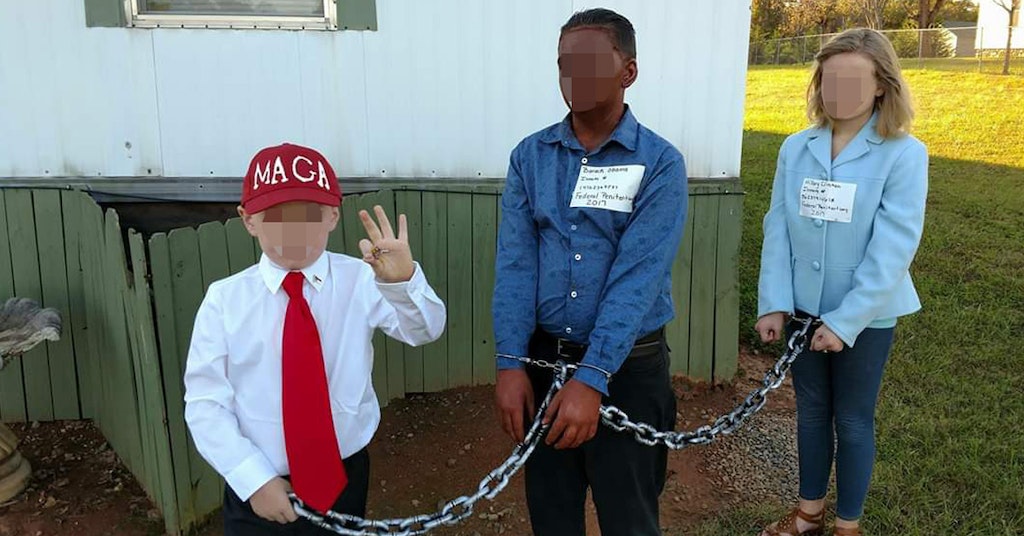 A man named Jonathan Lee Burgsteiner had deleted his Twitter account after political writer Alex Cole drew attention to him by reposting an image supposedly of Burgsteiner’s kids. The picture is a three-part Halloween costume featuring three children. The first kid is wearing a MAGA hat and is supposed to be Donald Trump. The other two kids, who are in fake chains being led by the Trump, are supposed to be Barack Obama and Hillary Clinton, presumably being taken to jail. The child dressed up as Barack Obama is painted in blackface.

It also appears that the Trump child is throwing up the “OK” hand gesture that the Anti-Defamation League has labeled a white supremacy symbol, and which has been seen being made by various White House officials: 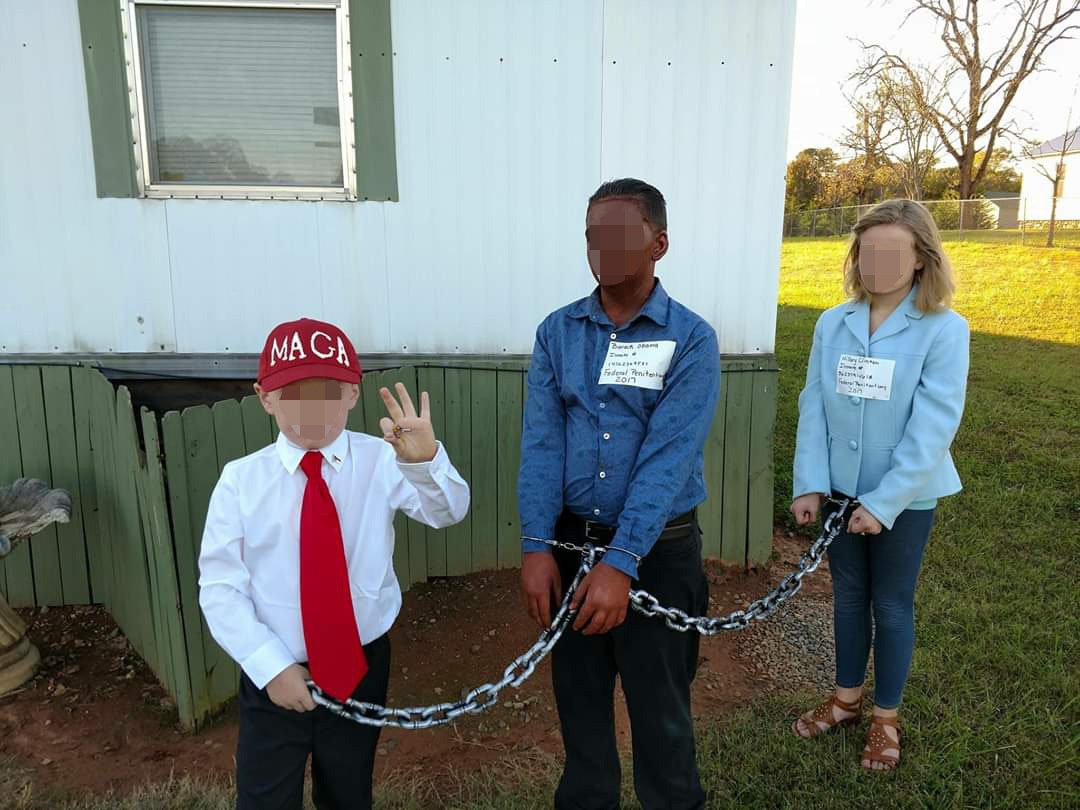 The picture was found to be associated with a Twitter account belonging to someone with the handle @JonathanTalking. A screenshot seems to show him posting the picture and tagging Donald Trump, the White House Press Secretary, Sean Hannity and others close to the president:

Go to this guy’s page and report this.

While many Trump supporters are known to be depraved racists who teach their kids to hate, a news item that seems to identify Burgsteiner as @JonathanTalking paints an even grimmer picture than you’d think.

Twitter user @Chinchillazllla posted a response to a @JonathanTalking tweet, asking him if he remembered a woman named Dalinette Trinidad Del Valle, sharing an article from 2016 about Del Valle’s death. According to the article by the Hickory Record, Del Valle was killed in a hit-and-run by Burgsteiner in 2016 in the town of Hickory Falls, NC. He was turned in by his in-laws, who he had borrowed the car from. When he returned with it damaged, he told them he had hit a deer, but something about their son-in-law’s story wasn’t right. They reported him to the sheriff’s office, and he was taken into custody.

Hey, do you remember Dalinette Trinidad Del Valle? You hit and killed her with your car a few years ago, then fled the scene. Got charged with a felony.

This post makes me wonder if it was really an accidental hit and run or if it was racially motivated.https://t.co/uj984x58Eb pic.twitter.com/3bRMMS1AKK

— i bless the rains down in castamere (@Chinchillazllla) November 1, 2019

Since the article was posted, @JonathanTalking’s profile on Twitter has disappeared. It’s unclear if Burgsteiner ever served time for Del Valle’s death, but if he the one responsible for these kid’s costumes, he has been out and free for at least one Halloween since. This story is a dark reminder that people who carry this much hate around with them are capable of a lot worse than offensive costumes.