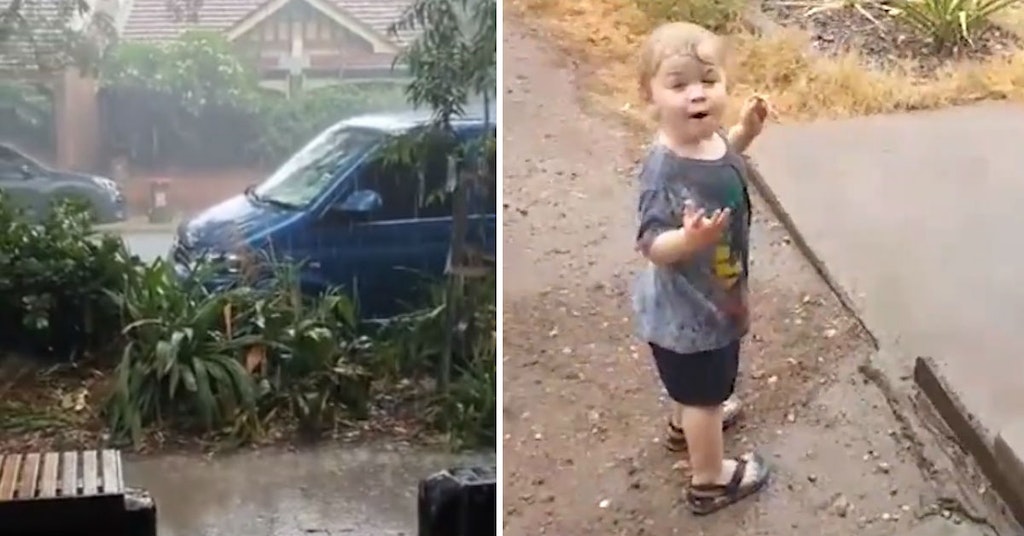 Some relief has finally come to Australia after three months of dry heat that resulted in the worst early fire season for the continent in modern memory. Thunderstorms brought much-needed rain across the region, particularly in New South Wales where 3,000 homes have been damaged or destroyed by fires. Many fires are still raging, but the rains have already reduced their number from 120 to 88.

WATCH: Heavy rain is bringing relief to drought-stricken communities, and this 18-month-old boy couldn't contain his excitement at seeing it for the first time. #9News

The rains will bring some relief to the region’s overworked firefighters, who have been battling the wildfires nonstop. While the fight is far from over, the rains will help to contain the fires that are still blazing and reduce the amount of smoke that is causing severe air quality issues in nearby cities.

The New South Wales Rural Fire Service has been praying for this rain all week after forecasts predicted the storms.

“This will be all of our Christmas, birthday, engagement, anniversary, wedding and graduation presents rolled into one,” they tweeted on Monday. “Fingers crossed.”

Relief is here for a number of firefighters working across NSW. Although this rain won’t extinguish all fires, it will certainly go a long way towards containment. This footage was captured down at the Good Good Fire burning near Cooma. #nswrfs #nswfires pic.twitter.com/fxV9u2hN6K

Not every part of the country received rain that needed it, and many parts didn’t get enough, while other areas got as much as three inches of rain in a few hours.

The bad news is that the sudden downpour has caused flooding and even some sinkholes to open up as the intensely dry ground has trouble soaking up the water. In areas that were already hit by fires, vegetation that would normally soak up the rain is now gone, resulting in a risk of flash floods.

The storms also disrupted power for over 10,000 homes in New South Wales and Victoria, but residents don’t seem to mind.

Downpours of rain in Australia have already extinguished 32 bushfires and the number of blazes have fallen from 120 to 88. #PrayForAustralia ???????? pic.twitter.com/sNguCgVSiV

So wonderful to see rain today. Lots of rain. So different from 2 weeks ago when driving this route. #gratitude #rain #regionalnsw #australia #weather pic.twitter.com/WrFRFEMjrK

Could sit here listening to this rain all afternoon!!
Just hope it is getting to the places that need it most. Thanks for all the prayers people!!! pic.twitter.com/flcMrd1lSm