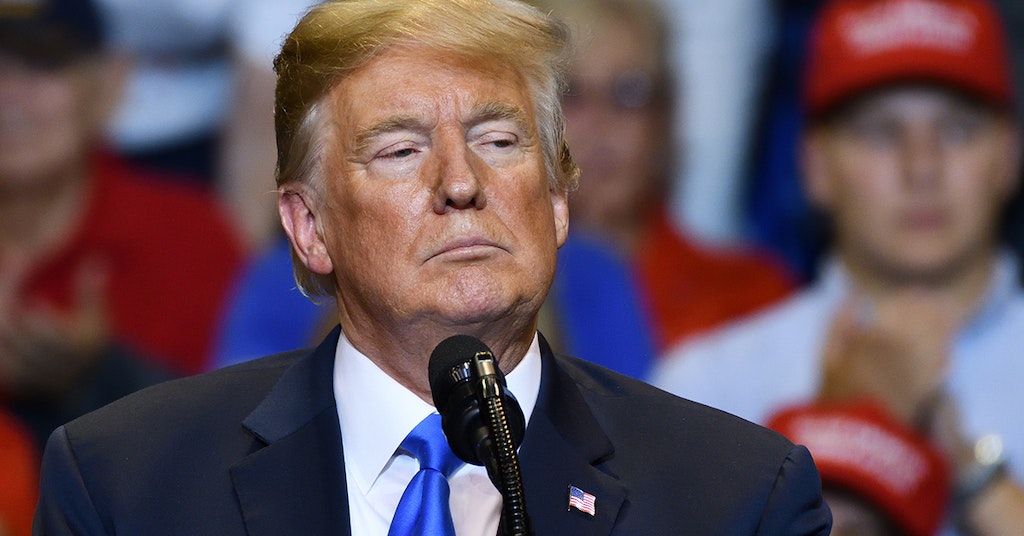 Our newly sworn-in president has been busy during his first two days, signing over a dozen executive orders to reverse some of the worst policies put in place by his predecessor. He’s also done some redecorating of the Oval Office, replacing the curtains with a less gaudy gold version and reportedly removing a conspicuous red button from the Resolute desk.

According to political commentator Tom Newton Dunn, that button was something Donald Trump installed so that whenever he pressed it, a butler would appear and serve him a Diet Coke on a literal silver platter.

“President Biden has removed the Diet Coke button,” tweeted Dunn. “When @ShippersUnbound and I interviewed Donald Trump in 2019, we became fascinated by what the little red button did. Eventually Trump pressed it, and a butler swiftly brought in a Diet Coke on a silver platter. It’s gone now.”

One of the things Trump was well-known for, aside from instigating an attempted coup on his behalf, was his affinity for Diet Coke, often drinking 12 cans per day. Having a magic button always within reach to summon a butler with a silver platter is also very on-brand for him.

The button was first noticed by the news media in April 2017, when reporters asked about it and whether it would drop a nuclear bomb if pressed. Trump seemed to relish in the discomfort this possibility created.

“Everyone does get a little nervous when I press that button,” he told The Financial Times’ Demetri Sevastopulo.

Photos of Biden signing the day-one executive orders hours after being sworn in show that the button was already gone. There has been no word on whether the butler still has a job, but many seem to be relieved that the Oval Office is now significantly less absurd.

“The first bill the dems should pass is making sure no tax dollars can ever be spent again on buttons that summon diet cokes on a silver platter,” commented Joel Barkin, “dude really thought he was a monarch.”